Photo from NXN Northeast by Douglas Tack. From NXN, by Patty Morgan. 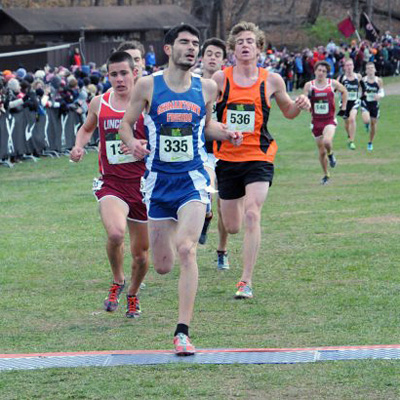 My name is Sami Aziz and I’m a senior at Germantown Friends School in Philadelphia. It’s an honor to be writing one of these journals, so I should start with a thank you to Don Rich and PennTrack. To think that I’m now at the level of runners I once looked up to is a testament to how rewarding this sport can be – through it all, I’ve worked hard and improved.

Qualifying for NXN was a goal for my team from the day we started summer training. We started at around 40-45 miles a week of base training and gradually built up to a peak of 75-80 miles/week in late August, with one longer tempo run a week. In August, we went to Hawk Harrier Cross Country Camp, which was really fun, but probably the hardest week of training we did all season. Looking back, it definitely set the tone for our training through the remainder of the season.

After summer training, we ran in a few high-profile invitationals, like the Bowdoin Park Classic and the Manhattan Invite, to prepare for regionals. Things started shaping up when we won the Friends School League and PA Independent Schools’ Championships in October. Leading up to NXN Regionals, our last meet was a 3200m time trial organized by my coach, Rob Hewitt, and Henderson’s coach, Kevin Kelly. I ended up winning and setting a nice PR of 9:14.

When regionals finally came around, I was feeling really fit and confident that I would have a great race. However, as I was running with the lead pack, my foot caught a loose rock and I completely wiped out (right around 2.5km, at the crest of longest hill). It really hurt – my hips, elbows, and torso were all scraped and bleeding, but after a few seconds I got up and kept running. Though I never caught back up to the lead pack, I still ran as hard as I could for the rest of the race. 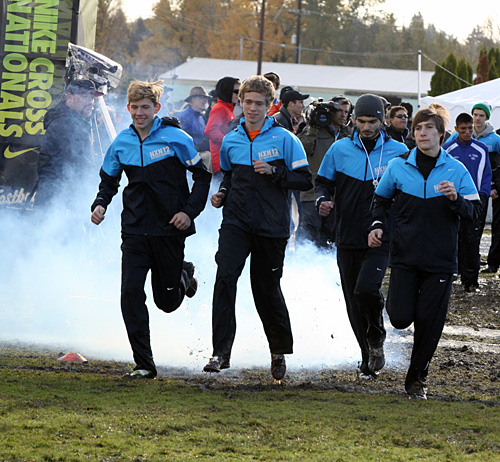 With a 9th place finish, I ended up being one spot short of an individual qualifying spot. It was pretty demoralizing because I felt that the wipe out held me back from having a better race. Luckily, I got a call from Nike the next day inviting me to run at NXN. A runner who finished ahead of me couldn’t make it, opening up a spot for me – the next finisher.

NXN was an unforgettable experience. For three days, we participated in an exciting schedule of activities between the hotel and Nike’s headquarters. In addition to getting some sweet gear, I got to meet several famous, Nike-sponsored runners like Galen Rupp and Evan Jager. Unfortunately, the race wasn’t as great as everything else. It was extremely muddy and, in my opinion, sort of a flop. A lot of runners finished nowhere near where they should’ve, and I was no exception. That said, going to NXN was still the opportunity of a lifetime and I’m glad I got to compete with some of the nation’s best – even if it was virtually a mud run. 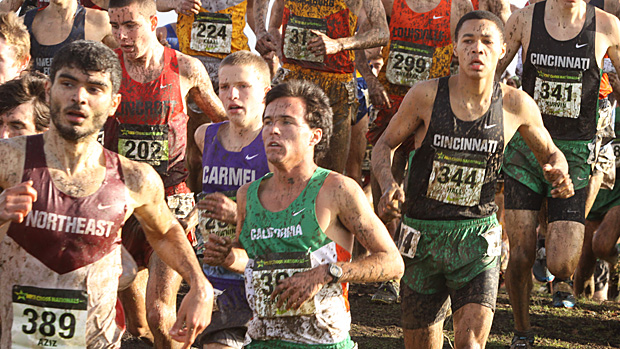 I owe a big thanks to my coaches Rob Hewitt and Fred Brown for both flying out to Portland and for taking so much of their own time to build such a great program. I couldn’t have had such a successful season without them. I also owe it to my teammates, particularly fellow captains Lyle Wistar and Henry Shah. Look out for us indoors!