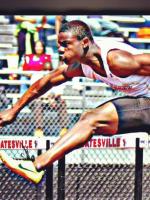 Sort By:
Filter By:

To see all performances, subscribe to start your free seven day trial

Indoor States Preview: Boys' Sprints/Hurdles...
There will be plenty to look out for in the sprints and hurdles on the boys' side on Sunday. What are you most excited for?...

PTFCA Indoor State Champs Boys Preview: Will Cheltenham...
We have reached the grand finale of the 2014 Pennsylvania indoor season and the boys side of the competition may be the most competitive we have ever seen. Several events are too close to call, while ...