Ryan Whiting won his second straight indoor World gold medal with a masterful performance in Sopot with a heave of 72-04.  Whiting's legacy continues to grow as he was World Champion indoors in 2012 and won the USATF championships this winter as well with a throw of 72-11.25.  He owns a PR of 73-01.25 from last outdoor season.  His outdoor accolades include a silver medal from the World Championships this past summer and a 9th place finish in his first Olympic final. 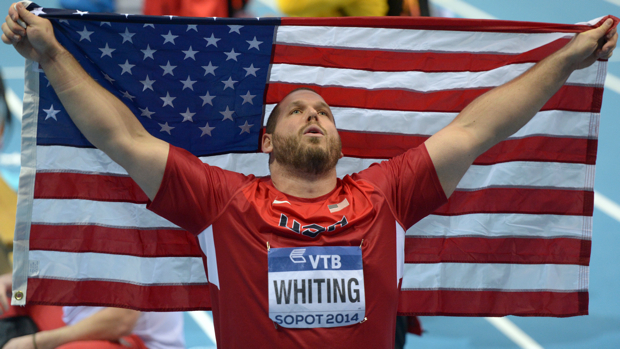 Whiting celebrates with the American flag at Worlds in Sopot, Poland.  (Photo by Image of Sport)

Ryan Whiting interview the week prior to Worlds.