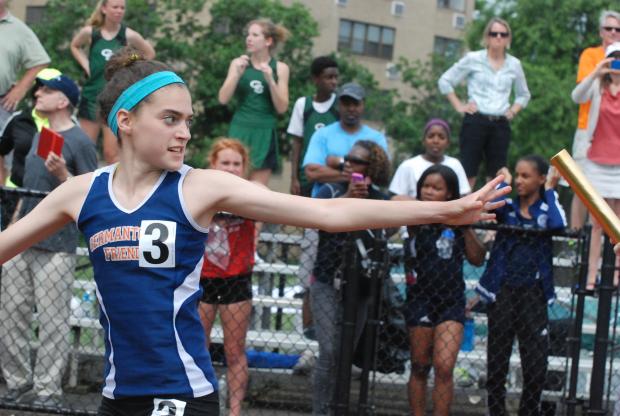 Sarah Walker (above) of Germantown Friends School signed with Stanford University, yesterday. Below is a submitted press release from GFS detailing the signing and her career.

November 18, 2015 -- Sarah Walker of Lower Gwynedd, a senior at Germantown Friends School, signed an NCAA Letter of Intent with Stanford University (Division I) for their Cross Country / Track & Field team today.  Walker is one of the most successful runners in the school's history, with a lengthy list of League, State, National and International accomplishments to her name. 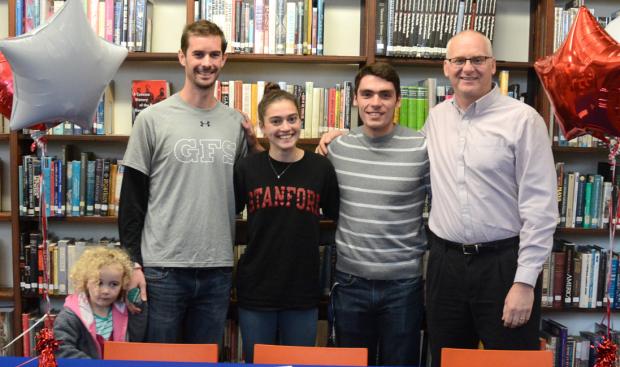 Walker was joined by her parents, Stephen and Rebecca, for the ceremony in the Friends Free Library.  GFS Director of Athletics Katie Bergstrom Mark remarked, "Attaining this goal has required sacrifice by Sarah and her family to commit to a year-round training schedule."  Bergstrom Mark noted that Walker and her family opted to train exclusively with GFS coaches throughout her career and thanked the family for their trust.  "Sarah has continued the GFS tradition of elite athletes who remain good teammates and supporters of our overall program.  She shares her talents selflessly."

GFS Head Cross Country / Track & Field Coach Rob Hewitt spoke about his memories coaching Walker, her extraordinary talent and commitment, and the experience of accompanying her to Cuba this past spring.

"Only a handful of GFS graduates have gone on to compete at the Division I level, and we are so proud that Sarah took her dream to the highest level and attained her goal of a scholarship at Stanford University." 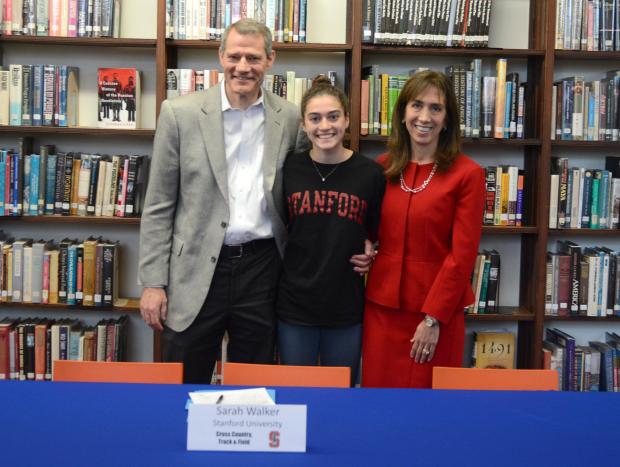 Above: Walker with her parents, Stephen and Rebecca Walker