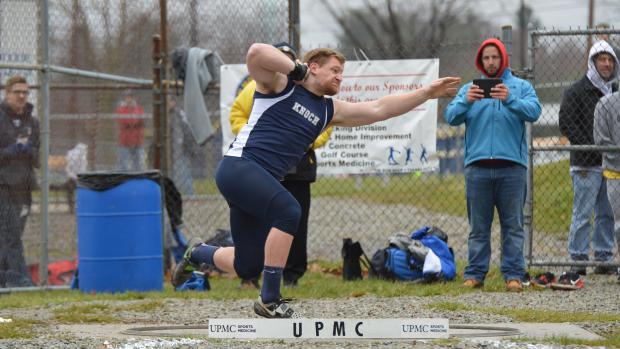 In one last curtain call, the greatest high school shot putter in Pennsylvania state history did not disappoint.

Knoch graduate Jordan Geist took home a convincing shot put win at the Pan-American Junior Championships in Trujillio, Peru, breaking a national junior record in the process. Geist threw 72-3 (22.02 meters) with the 6-kilogram shot put to win by over five feet over second place Kevin Nedrick of Jamaica. Adrian Piperi from Texas was third with a toss of 66-5.75.

Geist threw 21.53 meters on his first attempt, fouled on his second throw, and then launched the record-setting and winning throw in round three. It was also a Pan-American Junior Championships record.

Geist already held the high school record with the 6-kilogram implement when he threw 71-10 back in February. Now Geist moved ahead of John Maurins, who held the 6-kilogram junior record since 2015 at 71-10.25.

Check out the full results below: 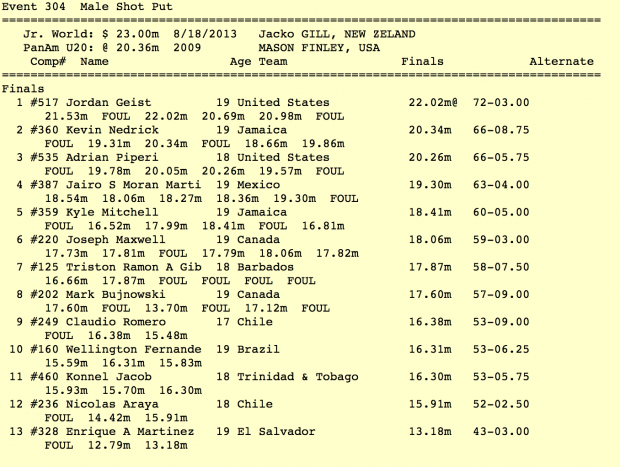