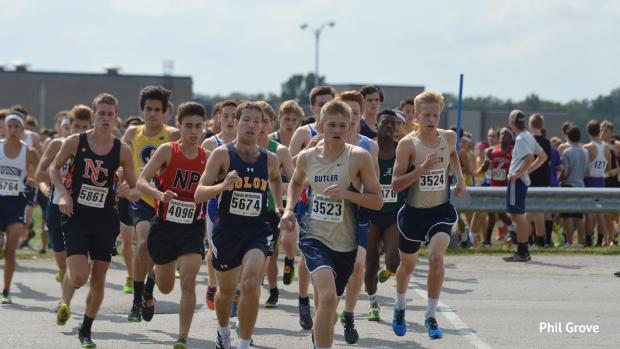 Butler's Noah Beveridge is back for another PTXC Journal entry. The senior told us about his summer training in his first entry and he was kind enough to offer some insight into his journey during the first half of September.

Beveridge tells the story of the first few weeks of his season in his own words. Read his thoughts below.

Hi everyone! A bunch has happened since my last journal entry.
The team and I opened up our season at Erie McDowell. It was a great season opener. We raced five guys in varsity and everyone had PRs. Our 6th and 7th guy raced Junior Varsity because Camden Seybert was coming off of an injury and it was Doug Kostelansky's first cross country race ever. It's awesome to have Doug added to our team. Him and I have been best friends since 7th grade and he has a lot of ability on the track and grass. It's hard to call them our 6 and 7 guys because our numbers 4 to 7 could continue to change all season. Winning the invitational as a team and as an individual started the season on a high note. 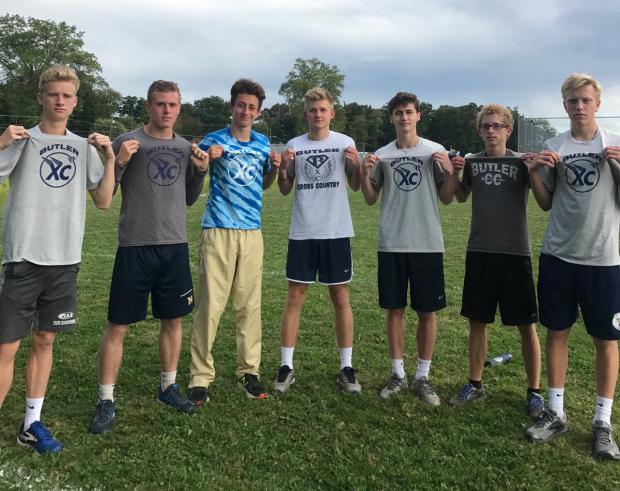 The next weekend I visited Georgetown. I was able to get a solid long run in with the team and the guys took me on a monument run. My host and his roommates made the visit super fun. My buddy Tristan Forsythe another PA guy was also on an official, it was cool to have a friend there that might be a future teammate. The guys on the team did an amazing job showing me what Georgetown has to offer. In the next couple of weeks I'll be visiting Florida State, Syracuse and Eastern Kentucky.
This last two weeks has had some ups and downs. We had a dual meet with North Allegheny and Knoch. The boys got the job done. We swept the first five spots on Knoch and had a close win against NA 27-29. My teammates Brett Brady and Timmy Porter had big days and I left with a new course record. Brett had a nice size PR and Timmy battled to the line with a NA runner narrowly edging him out to seal the race. For the first time in 17 years Butler left with a win over NA. Needless to say, we were hyped. 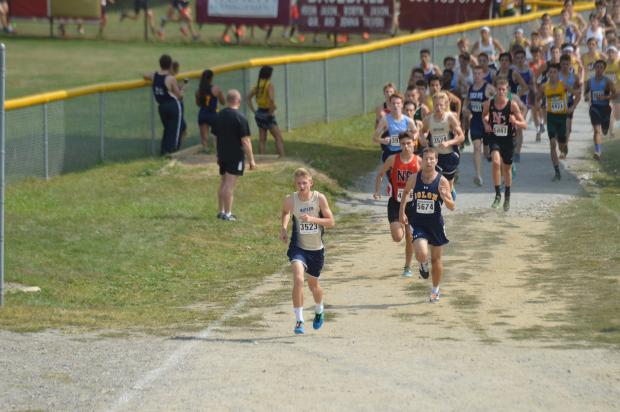 Photo by Phil Grove
Then we headed to Boardman in Ohio. Things didn't necessarily go as planned. The team as a whole ran poorly. We had a tough week and we won't back off until later in the season. On the Individual side, I took the race out hard through 3K, and around 4K I stepped off for a DNF. I knew going out that hard could lead to me blowing up but I went for it and the heat got to me. You live and you learn. From 7th grade to my senior year I've had at least one bad race during cross country and the same with track. It's just part of the game; if you want to make it far in the sport you have to be able to bounce back.
As the season moves forward I'm excited for it. I'm part of a team that's like a family. The team trusts each other and we trust Coach D and Coach Grooms. When the lights shine the brightest I wouldn't want any other guys toeing the line with me! 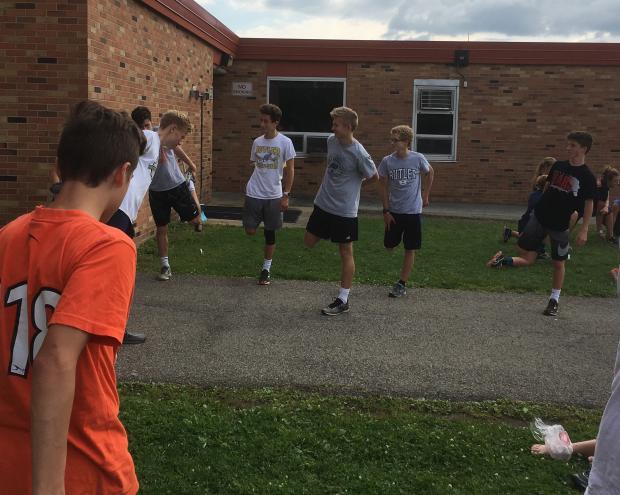