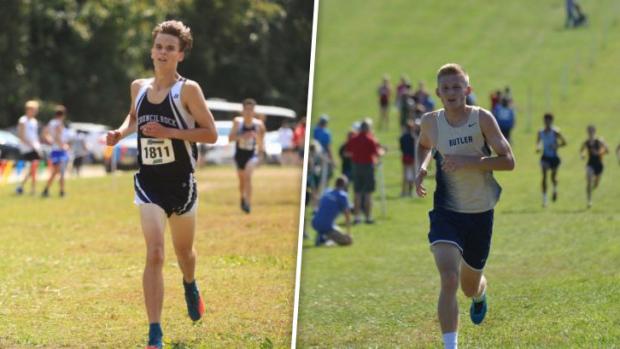 Beveridge, currently PA#2, is the favorite heading into next week's District 7 (WPIAL Championships). He'll join the Orange, who added two of Pennsylvania's top recruits from last year's senior class in Noah Affolder and Nathan Henderson. Beveridge was fifth at the PIAA XC State Championships last fall. On the track, he holds a 3,200 meter PR of 9:07.26.

Happy to announce I have committed to running at Syracuse University for the next 4-5 years. This is the perfect place to chase my dreams pic.twitter.com/zzXTFO2Rqa

Campbell, currently at PA#11, will head to Chapel Hill in the fall. He took second in the SOL National Conference to Neshaminy's Rusty Kujdych. Campbell was seventh at the PIAA XC State Championship as a junior and helped his team to the Class AAA state title. In the spring, he ran 9:14.65 in the 3,200 meters.

Campbell elaborated on his decision after Friday's SOL Championship: