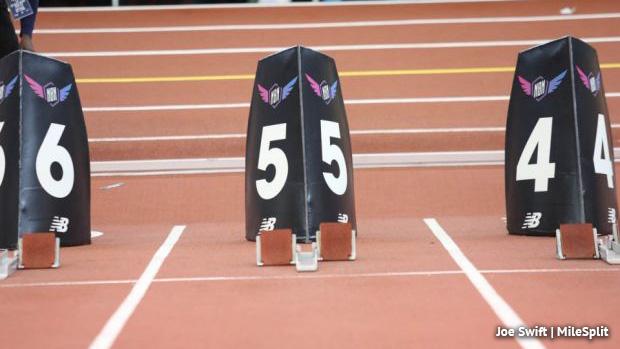 The first day of New Balance Nationals Indoor at The Armory in New York City brought plenty of big performances from Pennsylvania athletes. Most of the events were "Emerging Elite (EE)," but there were a few championship events throughout the day.

The lone Pennsylvania winner on the day came on the very last event of the day when most of the Armory had already cleared out. Caleb Johnson of Germantown Academy took home the win and the meet record in the EE boys' pole vault. Johnson was clean through 15-09.25. With the victory already in hand, Johnson moved the bar up to 16-04.75. He made the good attempts, but his best stayed at 15-09.25. It broke the 2015 meet record, which stood at 15-04.25

In the Championship girls' high jump, both Lydia Bottelier of Palisades and Kayla Gillen of Twin Valley jumped 5-07. After attempts were factored in, Bottelier placed eighth and Gillen was 11th.

Carlisle's national record in the DMR survived another season. In what turned out to be a tactical race on the anchor legs, Brodey Hasty of Brentwood (TN) out-dueled Sam Affolder of Loudoun Valley (VA) to give his team the win. Affolder was apart of Carlisle's record-setting DMR before he transferred down south before this, his junior year.