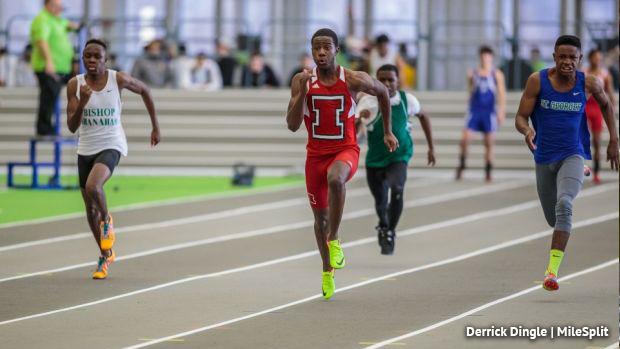 Kristian Marche, a standout sprinter and graduate of Imhotep Charter, was attacked and shot in his neighborhood Monday night. He was officially pronounced dead on Wednesday morning. Marche was 18 years old.

Marche was a Penn State University track and field recruit, committing to the Nittany Lions in June. He was scheduled to leave for State College for the coming semester on Wednesday morning.

"He was always a loving person," former Imhotep coach Jerome Lowery, who coached Marche from his freshman to junior year, told PennTrackXC. "One of the first things he would do when he would come home was look for his mom and ask her how her day was."

"His younger brother looked up to him as this great athlete, who was smart and intelligent. He always wanted to be just like him," Lowery added.

Marche was a multi-time state medalist for the Panthers. He twice won indoor state medals medals in the 60 meters, placing fifth in 2016 and fourth in 2017. During his senior season, he won the event at the New Balance Grand Prix in Boston with a personal best of 6.85. He was fourth at the Millrose Games this past winter in the 55 meters.

Outdoors, Marche closed out his high school career this past spring with a fourth place finish in the AAA 100 meters at the PIAA State Championships. As a sophomore in 2016, he was apart of Imhotep's AA state title-winning 4x100-meter relay time, which ran a time of 42.52. He also placed second in the AA 100 meters that season at the state meet.

"When I first met him, he was naturally gifted to run track," Lowery said. "From the time that I had him, he was always a hard worker, who never backed down from challenges."

Our thoughts and prayers go out to Marche's family, his friends, teammates and coaches in this time of loss.

Watch Marche win the 100 meters at the 2017 PIAA District 12 Championships: