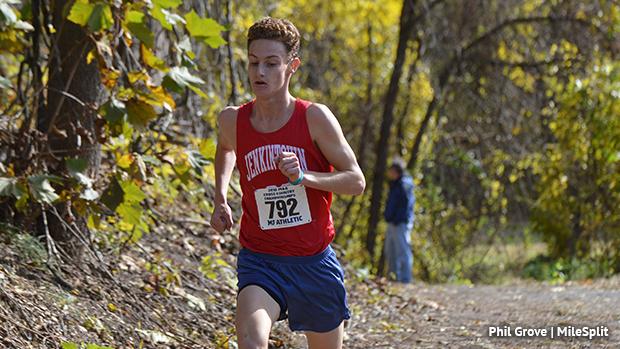 It was an historic day for Jenkintown. The Drake swept titles in the boys' Class A race, with Jack Miller winning the individual crown and the team running away with the title.

While his team was doing its thing in the pack, Jack Miller of Jenkintown was looking for some individual glory up front. The senior, who was third last season was locked in an excited individual battle for the win with the likes of Andrew Healey of Holy Cross and Adam Hessler of Freedom Area.

That group remained close through the first couple miles of the race. But with a mile to go, Miller said he was feeling good, and gradually pulled away from his challengers. He ran to the win in 16:33. Healey came home third in 16:50 and Hessler was third in 16:57.

This completes a terrific season from Miller, who won at every race this season, including Foundation, Paul Short, BALs and District 1.

Montrose's Liam Mead was fourth in 17:00 and Winchester Thurston's Scott Routledge was fifth in 17:01.

After a dominating performance at the PIAA Foundation Invitational and an incredible postseason, the Jenkintown boys came into Saturday's PIAA State Championships. The Drakes took care of business, putting up 49 points to win by 51.

Jenkintown was sixth when all boys state meet results were merged, no small feat for a AA school, let alone a Class A school that the Drakes are. It could surely be argued that Jenkintown is the best Class A squad in state history.