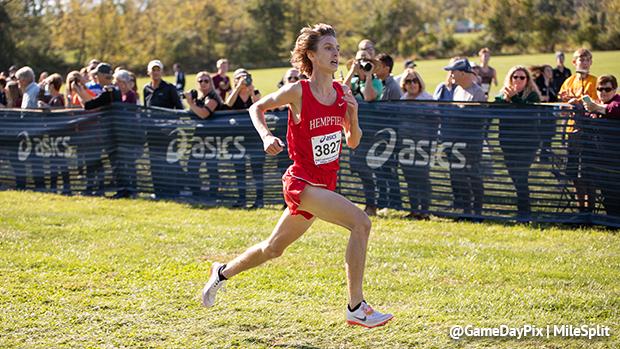 Hempfield handled business on all fronts at the Paul Short Run this past Friday.

The Knights took the top individual spot with Aidan Hodge and then the team ended up on top of the team standings in Paul Short's High School Brown 5K. Hodge battled well up front, running a terrific last mile to pull away from the pack. The junior won in 15:16 -- a nice improvement in time from his previous PR of 15:31 from a dual meet earlier this season. He's solidified himself as a major threat in what is turning into a very strong season for AAA boys.

Watch the Boys' Brown Race below.

In the team race, Hempfield took the Brown Race title with 123 points. Loyola-Blakefield (MD) was second, and Lower Merion was next PA team after Hempfield taking third with 183.

Hempfield sits at No. 3 in the MileSplit50 Pennsylvania state rankings behind No. 1 North Allegheny and No. 2 LaSalle College, which beat Hempfield at last week's Carlisle Invitational. There's a strong batch of teams up front and it should be a good last month of action in PA on the team side.

Check out an interview with Hodge after the race below.