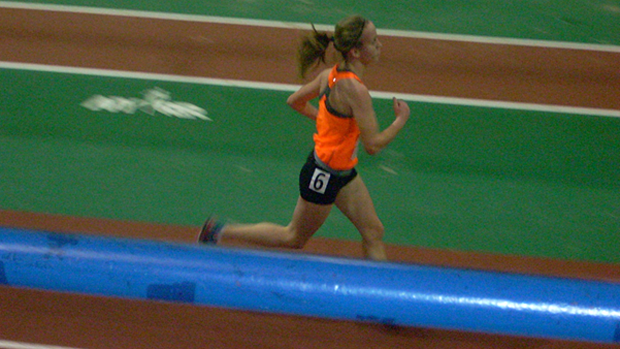 My most memorable race was the 5,000m run at New Balance Indoor Nationals, where I PR’d by almost a full minute. The Armory was just incredible as well as the level of talent displayed by the other runners. 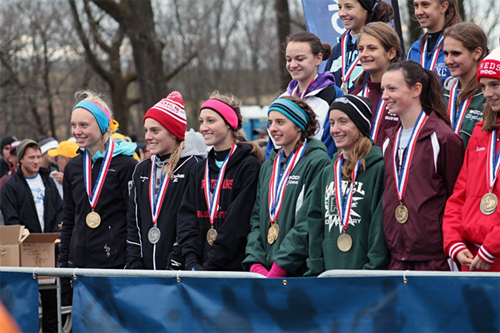 I was always more competitive in cross country, so my biggest competition in cross country was definitely at the PIAA State Championship. There was a tight pack of us that stayed really close throughout the race, and I couldn't be more grateful for those strong runners who pushed me to my 5th place medal.

The accomplishment that stands out the most to me is the one that I set as a long-term goal in my freshman year, which is winning the Cross Country WPIAL Championships as an individual. The bonus to this accomplishment was something that a 9th grade me never would have set as a goal; also winning the meet as a team. With the record the program had when I first joined, I never would have believed that in just a few years, the program would grow so rapidly and have so much success. Winning the WPIAL team title with my girls sweetened the moment more than I could have ever imagined.

There really isn't much I would change about my high school athletic career because I’m really happy with the results. If I had to choose, I would say that I wish I had taken running more seriously in my freshman and sophomore years, and also ran indoor track those years. Rather than treating running as ‘just another extracurricular’, I wish I would have dedicated myself to the sport sooner. It just wasn't a priority for me at first.

Although I faced several injuries throughout my high school career, the biggest obstacle I had to overcome was dealing with gastritis that I developed two weeks before cross country districts my senior year. I dealt with the pain from districts through the state meet, as well as the indoor season. With an inflamed stomach lining, ceaseless stomach pain, nausea, and no meals that would stay down, I believed that my season was going to end prematurely, as I was not officially diagnosed until several months later and did not know the source of the pain. I learned to run through immense discomfort, as well as push through doubt resulting from my sub-par workouts. 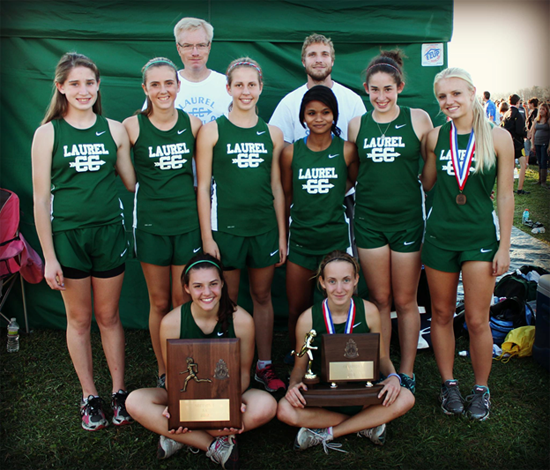 Without a doubt, I will miss my teammates and coaches the most. I was fortunate to be a member of a cross country team that had 43 runners total, between the junior high and varsity programs. Likewise, I was fortunate to have 42 best friends. The team is so close and so much like a big dysfunctional family even outside of cross country. I’m really going to miss hanging out with everyone and all of the post-meet bonfires and sleepovers.

Do you have any advice for younger athletes?      This sport is frustrating at times, but be patient. You’ll learn so many lessons about running just through your own experience, but you have to give yourself enough time to gain that experience first. So don’t quit. Don’t be complacent. Don’t be ok with not reaching your potential. Always work hard and have the drive to become better.

Coach Schmitt has had such a huge influence on me, as he was my coach for both cross country and indoor track from grades 9-12. In general, he’s helped me to be a better person. He helped me through a difficult mental block, monitored my grades when my AP classes started going downhill, and of course, helped me to better myself as a runner. He taught me to have the confidence necessary to set large goals and achieve them; including to compete at the Division I level….

What are your college plans?

I will be (happily) attending Youngstown State University and running on the cross country and track & field teams. All it took was one visit, and I realized that both the academics and the running programs were a great fit for me. Go Penguins!!!

The biggest shout-out goes to coach Schmitt, for seeing the potential in a scrawny little 9th grade girl who signed up for cross country not really knowing what it was. (And helping me better myself every step of the way since then).

To my mom and dad, for never missing a single meet! They are my biggest fans, and I’m so fortunate to have parents that unconditionally support my running and the large appetite that it brings!

Also, to my grandma, who immersed herself so far into the running community that she did everything but lace up her own shoes and join us on the course. To my oldest brother, Jesse, who flew in from his house in Louisiana to watch Districts. And to my aunts, uncles, and cousins who also became familiar faces throughout the season.

To the cousins I met through running that I never knew I had; Alison Filer, Allison Baldwin, and Dee Dee Adams. I’m so glad running runs in our family! Seriously, we need to get together for a family DMR or something because we would rock that.

To the girls cross country team!! I’ll enjoy coming back to watch as many meets as I can, and seeing all of you continue to kick butt! LIVE ACTION! Keep the Poop Crew alive!

Lastly, to my long-time friend and teammate, Ethan Wilson, who I can’t seem to get rid of since we’re both going to YSU.

Want to be featured in our Salute To Seniors series? Drop me a line: don@penntrackxc.com and answer the questions below! And if you can, point us to a pic or two or include them with your email. Make sure you have the right to use it, please.