Photos by Megan Clugh
Cole Nissley of Lower Dauphin edged out Carlisle's Zach Brehm by just over a second to win the league championship gold medal with a time of 16:16. 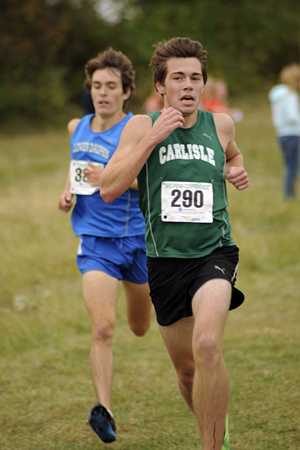 While two PA boys ranked teams competed in this race, the previously ranked State College sqaud overtook the duo of Carlisle and Lower Dauphin to win the team championship 72-93-98. State College was boosted by a 36 second spread and were led by a 6th place finish from Will Cather. 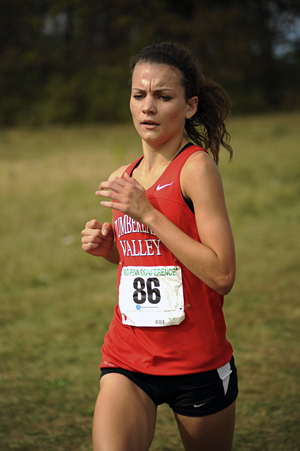 For the girls, Mady Clahane cruised to yet another victory, taking the league championship with a solid time of 18:53 to win by over 45 seconds over 2nd place. The girls race was also close at the top for the team title. Chambersburg edged out Cumberland Valley and State College to win the league title 82-95-106. Chambersburg had a 45 second spread help them to the title.
Tweets by PennTrackXC