My most memorable race was running the 4x100 at Great Valley - it was our first big PR in the 4x1 that season, the conditions were great, and we all put our best out there on the track. We came in first in our heat and placed second in the entire meet. 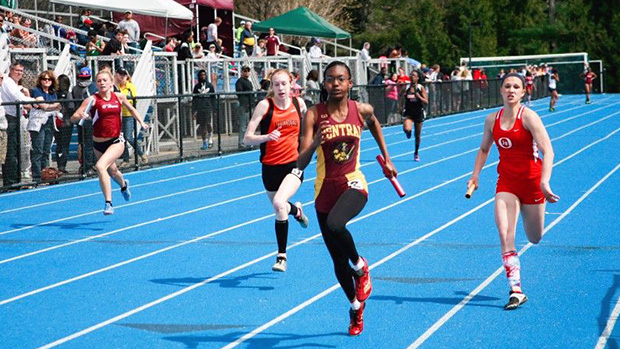 I faced my greatest competition running the 100 meters towards the end of the outdoor season. The race itself is lightning quick, and because of that can be a challenge because you have to get every aspect right to get out right - I hadn't run it for a while, so I was up against other runners who specialized in it but I enjoyed every second, every outing, because it's been my favorite short sprint.


Out of all of your high school accomplishments, which stands out the most?

The first time I ran the 60m in two indoor seasons stood out to me. At that point I'd mostly been running the 4x200 and 4x400, and hadn't focused on a short sprint, especially one that short, in competition in a while. I wasn't sure how I'd do even though we did short sprints in practice. I wowed myself with a huge PR, about a second from the school record, and came in second in my heat to a great competitor.


If you could do it all over again, what would you change about your athletic career in high school?

I would have gotten rid of my inhibitions about the 400m a lot sooner, and also have gotten up to speed in training sooner. Ever since running it before my high school career, it was a love/hate relationship, but I have a lot of respect for that race and even though I never said I looked forward to running it prior to the race, I always enjoyed it during and looked forward to the next time out. I wish I'd had more confidence in the barriers I could break, especially earlier in my career.


What were the most difficult obstacles you had to overcome?

Shin splints! Seriously. That was a really rough winter that meant running indoors a lot, so shin splints were the plague. I feel that there were a lot of competitions indoor season that I could have put more into if not for recurring shin pain, as well as an ankle that was giving me problems for a majority of the season and kept me from having good starts out of the blocks.

No doubt the camaraderie of my teammates during every practice. I loved coming back from summer vacation to a group of people who just threw their hearts into track and field and while being serious about our goals we always had so much fun during conditioning, and going through the hardest practices knowing we were all going through it together. Some of my best days were just because of track practice. 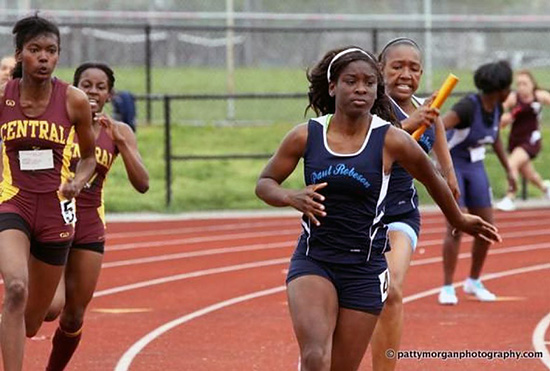 Leave everything on the track, don't doubt yourself, have no inhibitions. You're capable of so much more than you realize. You can afford to be an assertive jerk out on the track. Don't worry about it. It's your race, your time, and if you put everything you have out there, you'll be so proud of yourself looking back at how far you will have come.


How have your coaches influenced your performances and your life goals overall?

My coaches have definitely been a huge influence, being so passionate about the sport and pushing me to do my best. They, especially my head coach, really showed us as a team what we were capable of when they'd give us a 300 at the end of practice and set a time - it didn't matter how tired you were, you ran it HARD, and at the end you might have just run a PR and you're like, "Wow, I can do that even after that practice?"


What are your college plans?

I plan to attend the University of Delaware in fall of 2015 after a gap year, where I will major in Animal Sciences.

I'd like to give a shout-out to my head coach, Fred McCray, for giving me the chance to participate in a fantastic program and showing me just what I'm capable of. Another shout-out to my teammates on the 4x100, there has never been a doubt since day one that your hearts were into the race, and you guys truly believed in what we could do and worked so hard. And third, a shout out to my dad, my second coach, who is the reason I got to where I am. He helped me train for two summers to get to a level to compete in the public league, and gave me so much memorable advice on running that I could write down every single piece of it, exactly as he says it. He coached me during a season of club track, and once I was turned back over to my HS team, if I ever needed a second opinion on how to handle a certain competition that day, I could talk to him.

Want to be featured in our Salute To Seniors series? Drop me a line: don.rich@flocasts.com and answer the questions this athlete answered! And if you can, point us to a pic or two or include them with your email. Make sure you have the right to use it, please.