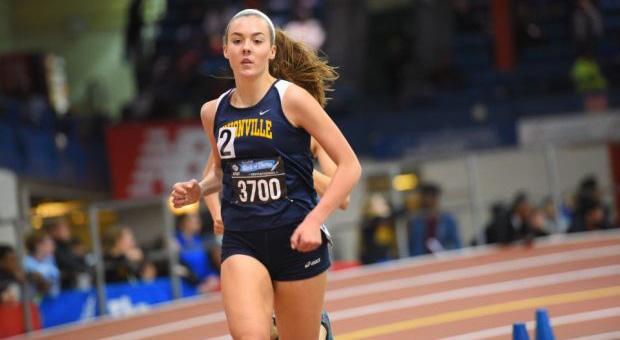 Anna Juul, a senior at Unionville, ended her cross country season in early December at Nike Cross Nationals in Portland, where she placed 135th. She called that race the "lowest low of (her) short running career." She rebounded at last week's AT&T Hall of Fame Invitational, running a US#1 4:52 in the mile. She won the race, automatically qualifying her for the Millrose Games.

Juul took some time to answer some questions for us on that race at the Armory, coming back from disappointment, and her decision to attend Harvard University next fall. Check out the PTXC Q&A below.

PennTrackXC: How did the mile at the Armory go? Were you expecting to run that fast?
Anna Juul: I am thrilled with my race at the Armory. This past cross country season was frustrating (I lost my shoe at states and bombed at NXN), so it was a relief to finally race well. I wasn't surprised with my time, as I trusted in Coach Lac's training, but I was surprised with how fun the race was.
PTXC: Were you still in cross country shape coming into the race?
AJ: Yes, I was still in cross country shape. I'm on my break now. It's only been a few days, but I'm already getting restless. 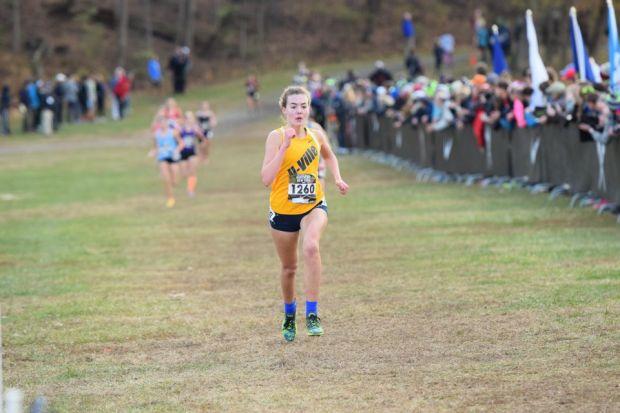 Photo by Kyle Brazeil
PTXC: Were there some disappointments after your race at NXN? If so, did you use that race as motivation coming into Saturday's mile?
AJ: NXN was the lowest low of my short running career. It was defeating to have such a poor race at such a big meet, and I'd be lying if I said I wasn't a wreck for a few days. I debated not doing the Millrose qualifier, but Coach Lac encouraged me to stick it out for two more weeks. The speed workouts he designed helped me regain my confidence, and my teammates were extremely supportive.
The failure of NXN was a learning experience more than anything else. I had put so much pressure on myself before hand that I lost the joy of racing. After coming to this realization, I decided to go into the mile with the goal of having fun.
PTXC: Your win on Saturday qualifies you for Millrose. Talk about your excitement to compete at that historic meet?
AJ: Running at Millrose has been a dream of mine since freshman year, so I am ecstatic to compete there in a few months. Just thinking about it has me itching to get back to training.
PTXC: How does it feel to be #1 in the country right now?
AJ: It's pretty cool to have the #1 time. Running is such an emotional roller coaster--a big part of the reason I'm so happy right now is because I was so upset just two weeks ago.
PTXC: You've chosen to attend Harvard University next fall. What went into your decision to choose the Crimson?
AJ: Obviously, Harvard is a great academic school. However, the main reason I chose Harvard was Coach Patrick Wales-Dinan. Courtney Smith, a current Junior at Harvard, was a senior at Unionville when I was a freshman. Seeing Courtney thrive in Boston was what initially got me interested in Harvard, but after having a few phone calls with Coach Patrick I was sold. The summer going into senior year is a busy one for every running recruit. Once the excitement of receiving calls from coaches wears off, the process becomes tedious. But, while other coaches started to repeat themselves, Coach Patrick never failed to get me psyched about the future. I mentioned this to Courtney, and she responded "imagine what it's like to talk to him every day." The official visit weekend in Boston really sealed the deal, as I loved the campus and the team. Abbe Goldstein and Aislinn Devlin were also on the visit. Although we all had copious amounts of homework to do, we could not stop gushing about the weekend on the plane ride back. It was pretty clear that they, too, were in love with Harvard. I am beyond excited to spend the next four years with them and the rest of the Harvard team.
PTXC: What's next for you as a far as races and training is concerned?
AJ: I'll take my break and then start back up again to prepare for Millrose and indoor states. I'm excited to race against some very fast girls in the coming months!