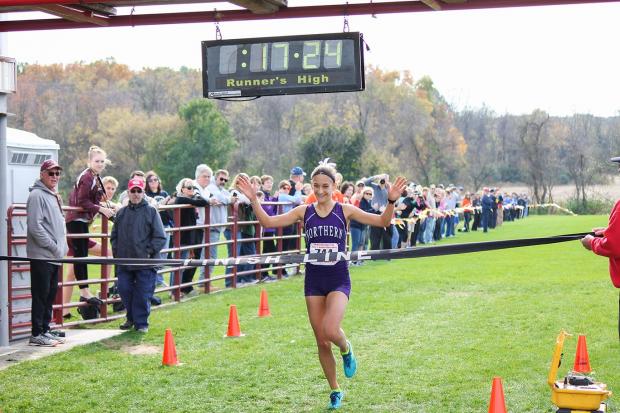 It was a District 3 party up front in the AA race last season, as the south-central PA district took three of the top four spots in the state race last year. We could see more of the same this season, along with a smattering of upstarts from other parts of the state.

We'll start with the overwhelming favorite, Marlee Starliper of Northern. Starliper was second at states as a freshman last season, but she's taken her running to a whole other level this fall. The sophomore broke the Enos Yeager course record, ran 16:50 at the Carlisle Invitational, and crushed the Big Spring course record at the District 3 Championships, winning in 17:25. She'll chase her first state title and the course record on Saturday.

After dominating her talented District 3 counterparts, it's hard to imagine anyone challenging Starliper at Hershey.

We can't, however, forget about the reigning state champion. Greencastle-Antrim's Taryn Parks outkicked Starliper for the state crown last year. Parks won the Mid-Penn Conference title this year and took third in District 3. Some may look at her season as a regression, but Parks' times are actually on par with her 2016 times. The sophomore is a poised racer despite her youth and can't be overlooked this weekend.

Eastern York's Maddie McLain finished ahead of Parks at District 3 and is in the midst of a terrific senior season. She ran a 17:44 PR at Carlisle and was the top AA runner at Foundation and she's primed to improve upon her sixth place finish at states last season. Oley Valley's Rebecca Snyder has also been running well. She was fourth in District 3 and comes in as the reigning third place finisher in AA from states last season.

The state's most impressive AA freshman this season has been Gianna Labbiento of Sharon. She collected an incredible six wins throughout her first high school season, including a win against a strong District 10-AA field by 51 seconds. She was third at Foundation and will look to put that Hershey experience to use.

Emily Deschler of Allentown Central Catholic was fifth last season, and should factor in again this season. The soccer player has only raced twice this season---both wins at Bethlehem Municipal Golf Course---but she's also been faster than a year ago. Her lack of big races this year might put her under the radar, but she has great potential for this weekend. 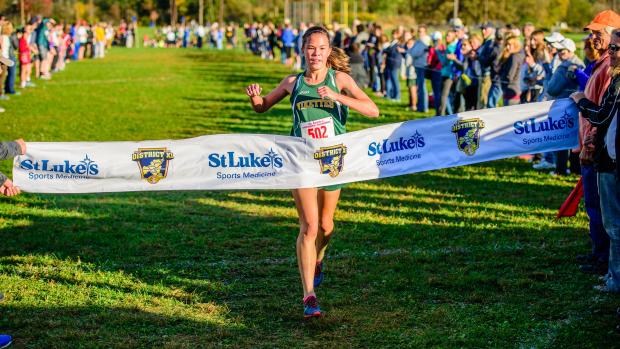 Loyalsock's Isabel Sagar learned her team was actually in AA---not A---on the start line of the District 4 Championships. She still cruised to the win at Bloomsburg, and will look to race up near the front on Saturday. Also from District 4 are returning state medalists Elaina Klinger (13th in '16) and Marisa Maffei (15th in '16). Along with teammate Emma Mikita, look for those orange Danville tops in the mix.

Quaker Valley's Annie Wicker has risen to new levels this season. She dominated the always-strong WPIAL field last week and should make a big leap up from her 24th-place states finish from last season.

Scranton Prep's Mia Bellucci blew away the field for the District 2 title and should figure in the mix. District 9 champion Amanda Foster has been on a tear this fall, winning six of the seven races she's entered. Look for her to be up near the front after taking 19th last year.

They all should be chasing Starliper, though. 2007 was the last time that the fastest girls' time at the state meet came from a race other than the AAA race. With the kind of talent at the top of AA, particularly Starliper, it's looking like 2017 could buck that trend.