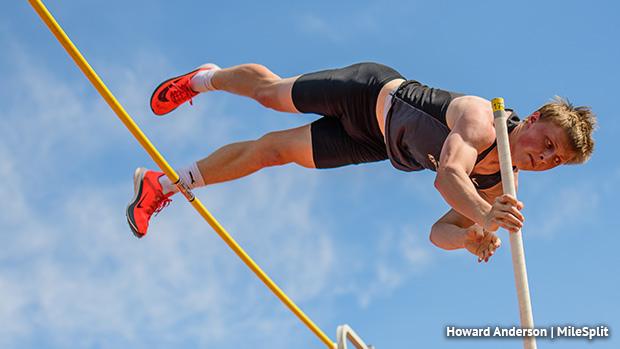 Coaches confirmed that weigh-ins were conducted and laser measurements were used during competition.

Dever was third in AAA at outdoor states last spring (15-0). During this past indoor season, he took fourth at indoor states (15-0) before posting his previous career best of 16-05.25 at New Balance Nationals Indoor to finish sixth overall.

The 17-foot performance moves Dever into the PA No. 1 spot and tied at US No. 6. One of the top head-to-head battles in AAA is shaping up in the boys pole vault this spring between Dever and East Pennsboro's Payton Morris, who jumped 16-3 at Shippensburg this past week.