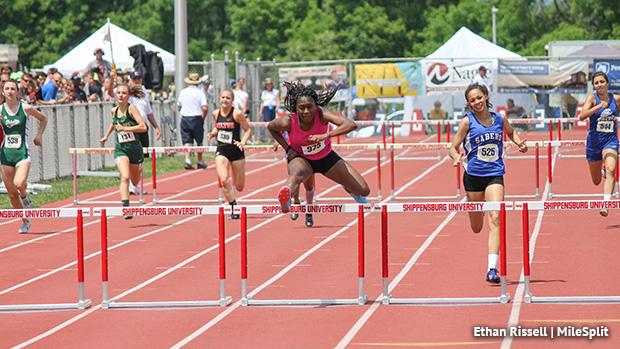 When the predictions and seeds are all laid out, it may be easy to speculate how it might all turn out.

But rarely, if ever, do things follow that plan.

For the girls of Neumann Goretti, the PIAA State Championships played out nearly exactly according to how they would have drawn it up. Big wins and big points came all around the track. The Saints turned the AA girls' team competition into a runaway.

Neumann Goretti swept all girls' three relays and earned two other individual wins in what was a very busy, but successful Saturday at Shippensburg's University's Seth Grove. The Saints scored 86 points to win the AA title title.

It started early on Saturday. The 4x800-meter relay team, which entered the meet with a US#1 time of 8:57 in toe, ran away with the AA victory. It wasn't the same quartet that ran that nation-leading time at the Penn Relays, but the Saints showed off their depth as Sherisse Peterson and Kimberly Johnson stepped in to join Dasia Wilson and Kami Joi Hickson on the relay at states. They came across first in 9:16.65, nearly nine seconds ahead of second place.

The Saints' next win came in another relay, the 4x100-meter relay. The team of Mykala Perry, Eliza Brooks, Sydni Townsend, and Wilson ran 47.65, holding off a hard-charging Athens Area squad anchored by Breana Gambrell. NG's time was also the the quickest AA time of the season. 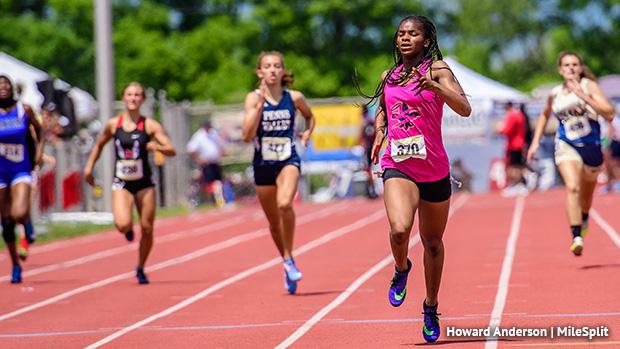 It was a quick turnaround for Perry, who got back on the track shortly thereafter for the 400 meters. It didn;t seem to affect her much, though, as she rolled to a 55.10 and the first individual state title of her career, over two seconds ahead of second place.

Then it was Townsend's turn. The senior went out with a bang, dropping a 41.60 (a PR by well over a second) to repeat as AA 300-meter hurdle state champ. That time also broke the meet record held by another District 12 star, Markeeta Thomas.

Earlier in the day, Townsend ran a PR of 14.53 to take third in a very close 100-meter hurdle final. Perry came back to take second in the 200 meters to Thelma Davies. Perry ran a PR of 24.94. Wilson and Hickson placed third and fourth, respectively, in the 800 meters to earn some more points.

For good measure, the same 4x1 quartet of Perry, Brooks, Townsend, and Wilson came back for the 4x400-meter relay. The team closed out the warm day with another gold medal, running 3:49.78 for win.

It was a dominant performance for the ages.

Check out all the Neumann Goretti interviews from the PIAA State Championships below: