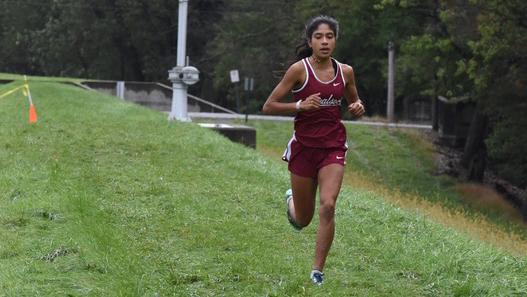 Loyalsock senior Isabel Sagar has owned PA No. 1 since September 1 when she ran a blistering 17:31.20 at Lock Haven's Bear Mountain River Run.

Now in the midst of the her last high school postseason Sagar is looking for her third-consecutive District 4 gold medal and hopes for the top prize in Class A when the PIAA championships come around.

But her accomplishments to date - both athletic and academic - were just affirmed Tuesday when Harvard made Sagar a verbal offer and she said yes.

The PA No. 1 had been visiting several Ivy League schools but said her visit to Harvard was different.

"The people are what really stood out to me," she said. "The people you meet there are incredible - the girls on the team, the coaches and the staff.

"And Cambridge is so beautiful."

Harvard looks to be a good fit for the Loyalsock valedictorian.

When Sagar arrived in Central Pennsylvania as a sophomore, after living in Texas for several years, she was grateful for another good fit.

"It was tough," she said. "Everyone (here) knows each other and everyone went to kindergarten with each other." 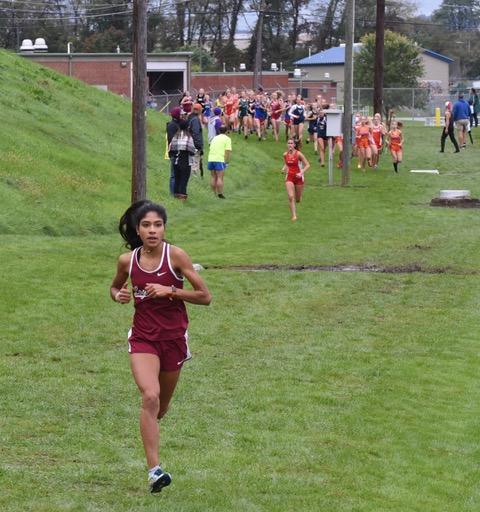 But having run cross country at Boerne Champion High School, which is just outside San Antonio, she joined her new high school's team and  found a group to bond with in Loyalsock's fledgling program.

"We had a strong team in Texas," she said. "The girls team won regionals last year."

Sagar said she didn't mind competing for a program that was less renown.

"The thing about that - with the cross country team - that was a group of people who genuinely liked to run.

"There was no glory in it.

"It was a very genuine group of people."

Sagar, who had been the No. 2 runner at her Texas high school, found immediate success beating Warrior Run's Tori Ross in the District 4 Class A race her sophomore year.

"It was definitely surprising," she said. "It was a good experience. It felt good doing it for a smaller school and a new team.

"Champion had some runners in the past that were very well known. Someone ran for Tennessee, someone ran for Air Force. The girl who was No. 1 when I was there runs for (the University of Texas at Austin).

"That (program) was very well established whereas Loyalsock is a very new team. "It's special to contribute to that."

Last year the Harvard-bound runner met then-freshman sensation Lauren Trapani from Warrior Run, with Trapani getting the upper hand every time they met.

In a still head-scratching series of events at last year's district meet, Sagar and her team found out at the Class A starting line that they were actually classified as an AA school. The result was district titles for both Sagar and Trapani.

Sagar said she was happy for the competition from the frosh throughout the 2017 season.

"I always looked to continue to approve. That's one of my main things," she said.  "That's mainly my goal to keep that upward focus. It's always good to have competition to push you.

"(Trapani) is amazing. I think she's going to do amazing things.

"She's young and she has lots of time."

With the reclassifications this year Trapani and her team will compete in Class AA. Regardless, Sagar has had the upper hand in the friendly rivalry this year all the while pointing to the very end of the season.

"I'm definitely focusing on the bigger races - states and NXR.

"I'm going to try and not hold anything back.

"Even looking ahead to track I'm looking for some really big things there."

She sees the District 4 meet as a place to enjoy.

"I'm not relaxed (about it) in a way that's complacent.

"I always like the district race, it's a lot of fun. I'm looking to have fun with it.

"I think it will be a positive race." 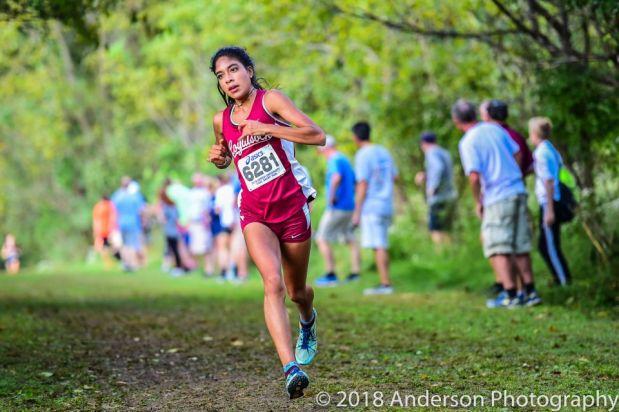 Sagar acknowledged the pressure that comes from being PA No. 1 at the PIAA Championships but with her college choice resolved she's focused on the positive.

"I know the course. I'm experienced.

"The nerves I can deal with them now more than when I was a sophomore."

Sagar most likely never imagined what the extent of her accomplishments would be when she joined Loyalsock's young program.

She said she is grateful for her experience with the Lancers.

"This town has definitely given me a lot.

"Ms. (coach Nicole) Reed is a wonderful person. It's been quite an experience knowing her and getting coached by her."