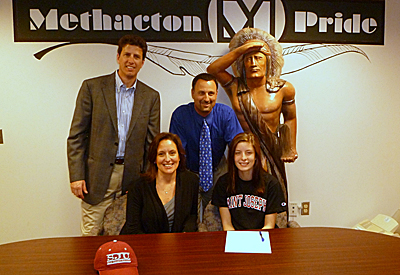 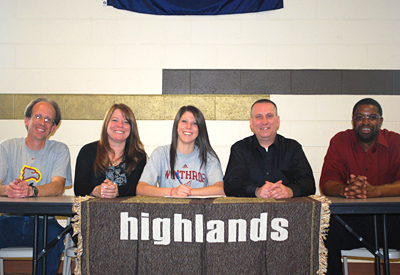 "Joe Pa showed enthusiasm on signing day, even prior to a wet-willy from fellow teammate, Ryan Gallagher. Dylan Mountain, another teammate, stood by in disbelief. We Are!" 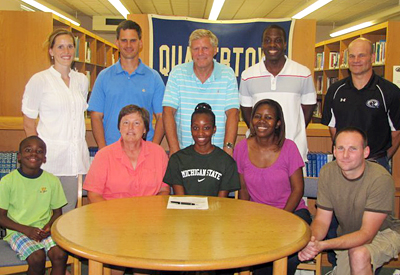 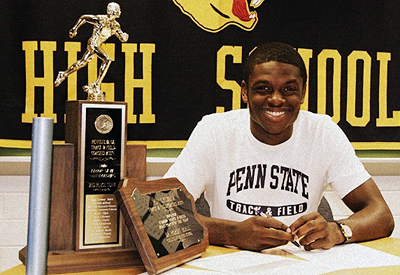 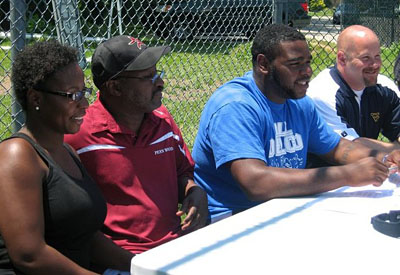 Rachel Hilliard, South Side, to University of Massachusetts
(Distance/XC) 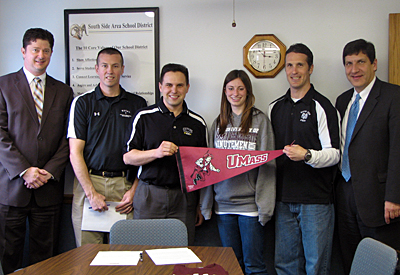 Sprinter/hurdler Torrey Hollis signed her letter of intent to compete in track and field for Kutztown University.  Seated with her is Coach Rick Glenwright. She is backed up by 4x100 teammates Calli Basile, Stephanie Feldser, Sarah Hunter (who will also run at Kutztown next year), and Cassidy Merrifield. 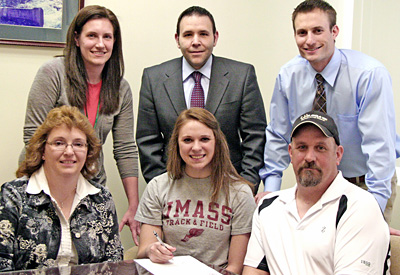 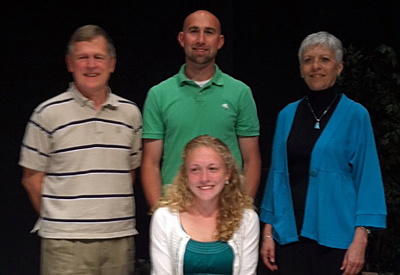 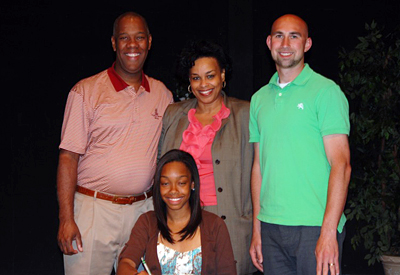 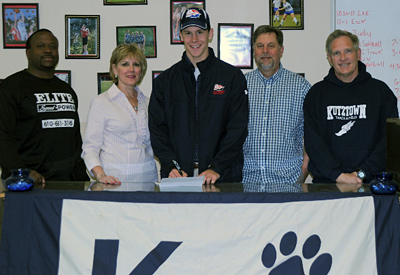 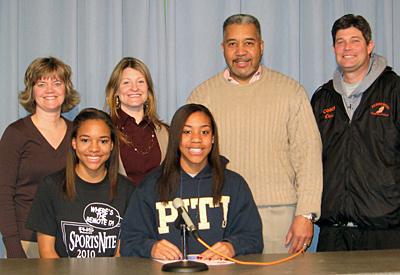 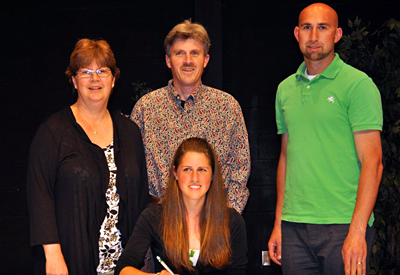 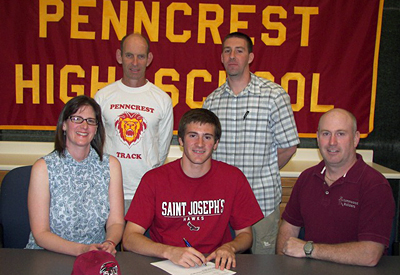 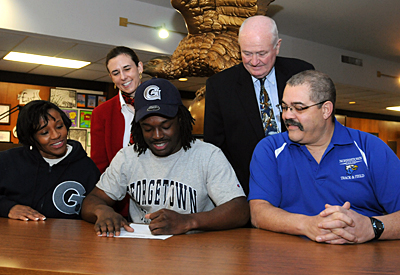 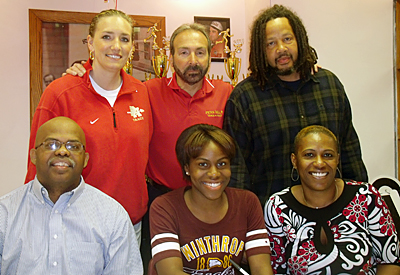 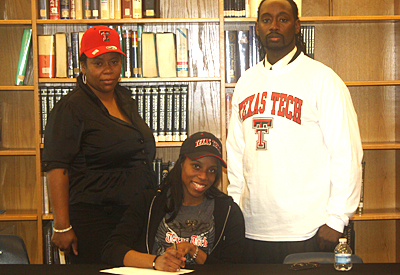 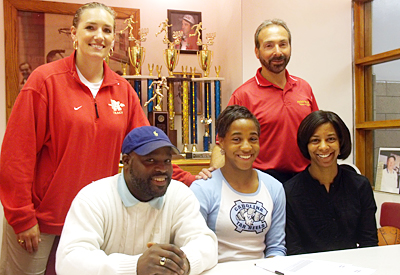 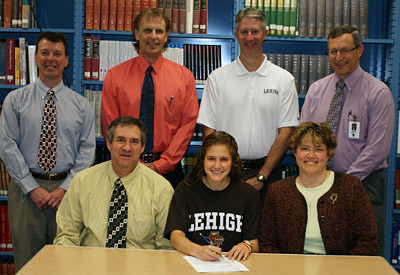