It might not come as a surprise to hear that Pennsylvania’s most decorated cross country program is on a roll... since top team finishes and standout athletes are expected from North Allegheny. 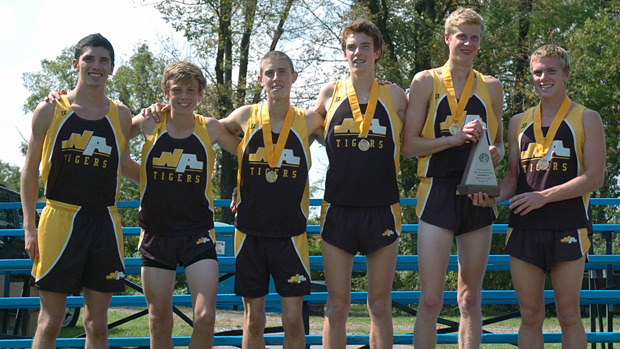 But make no mistake, the Tigers are rolling. John Neff’s boys’ team has a pair of invitational titles and a PIAA Foundation runner-up so far in 2012 as North Allegheny has catapulted up the state’s Class AAA poll.


“I would put this team up against any of the teams that we’ve had in recent years,” Neff said. “This is a fantastic group. They are talented and hard working and willing to do the small things."


“They are gelling as a unit. They are running for each other. We’re definitely moving in the right direction. We have a lot of work to do, but I think we’re going to have a very good team by the end.”


The fourth-year head coach’s comments; which came after their runner-up performance on September 22 against Cardinal O'Hara at the PIAA Foundation meet; speaks volumes when North Allegheny’s recent successes are analyzed. In the past seven years, the Tiger boys have compiled arguably the best overall body of work when it matters most – on the first Saturday in November in Hershey.


North Allegheny is the only AAA school to have qualified a boys’ team each year since 2005 and has a title, a runner-up and three thirds to its credit. Only two other schools have qualified in six of the past seven – West Chester Henderson and Council Rock North.


And turning team scoring into a track meet (high score wins) with 24 points to the champion to a single point for 24th place in the PIAA results, the Tigers have 152 points to WCH’s 128 and CRN’s 104. North Penn, last year’s team champion, has 101 points. 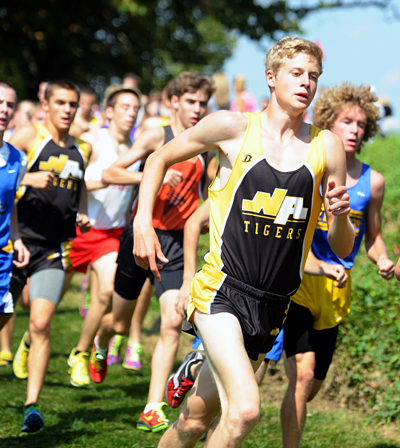 “It’s no question that we’ve inherited a great tradition here at NA,” Neff said of the 16 state harrier titles (13 boys and three girls) the school has won. “Those coaches that came before me – Russ Cerny, Chuck Sabatos and Jim LeDonne – they set something up that almost can’t fail. It’s something great, and kids want to be part of something great.


“The tradition, we talk about that at practice all the time – how the people who came before us have given us something great and we have to keep it going and make sure we hand it off to our little brothers and sisters. I have little kids in the district, too. My daughter started kindergarten this year, and I want it to still be something great when she’s there.”


In addition to the top team finishes, North Allegheny has had at least one boy medalist going back to 2005, including two each in 2011, 2010, 2007 and 2005. Ryan Gil, who was the overall champion in leading the Tigers to the team title in 2010, was a three-time medalist, while Logan Steiner won a pair of medals at NA after finishing 25th as a sophomore in 2009 at Meadville.


“Our team, because it’s deep, is a hard team to be on,” Neff said. “You look down at our 20th kid on the depth chart, and that’s still a really good runner, would be varsity in a lot of places but might never be on varsity for us. Somebody might think well then that will deter kids, but it doesn’t for some reason. They know it’s something great, and they want to be part of it.”


For many teams, losing four of their top seven runners from a third-place finish in Hershey might be a difficult challenge to overcome. This year’s North Allegheny boys’ squad is doing just fine, thank you, climbing to the top spot in the statewide rankings after its 17-second spread at the Red, White & Blue Invitational overpowered the field and sent a clear message across the commonwealth. 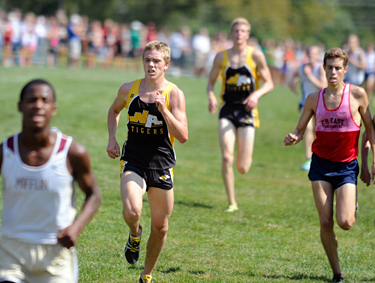 “We’re deep right there like 8 through 25,” Neff said, lamenting the decisions he must make in narrowing the roster to the top 17 as he did for Saturday’s PIAA Foundation race. “I scratch my head (thinking) where am I going to draw that line because there’s like a hair’s breadth worth of difference because the 17th and 18th boys on our depth chart. To tell you the truth, there’s not a ton of difference between the seventh kid and the 25th kid on our depth chart. Things can change really quickly.”


At Hershey last November, North Allegheny was one of only two teams finishing in the top 10 in the AAA boys’ race (No. 10 Holy Ghost was the other) that had four seniors at the starting line. Led by senior Josh Zemet, who was not a varsity runner in 2011, the 2012 Tigers are powerful again, thriving on the competitive environment inherit in such a large and successful program.


“Our kids know that it’s all about the depth chart,” Neff said. “They think about the numbers. Another WPIAL coach told me one time that he would love to have kids competing for their spots because they don’t have enough kids. Since our kids are always fighting for their spots, that gives us a better program. And I know he’s right.”
Despite the abundance of talent, Neff emphasizes to his athletes that each has the potential to be elevated to varsity status as a result of hard work and dedication, singling out Zemet as a prime example. NA’s current No. 1 runner was at least 1:10 faster in each of the opening invitationals this year, bolting to the front of the NA pack with a pair of top 10 finishes. 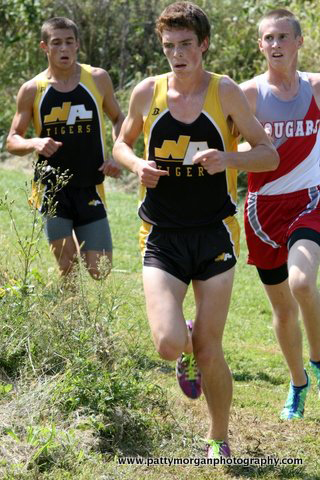 
As a physics teacher at North Allegheny, Neff works with numbers and complicated formulas every day. One set of digits that he has some trouble explaining is the remarkably large contingent of sophomores on this year’s team. Of the whopping 89 runners on the boys’ roster, an unheard of 36 are in their second year of high school.
“That is a lot of kids, and that’s an aberration,” Neff said. “That class is a little bit bigger, but percentage-wise, it’s not that much bigger, so there was something going on there.


“Why is it that? I can’t really say. They were the group that was in eighth grade when we won state so maybe they said, ‘I want to be part of that. They won state.’ I was kind of wishing the freshman class was that big, too, but they’re not.”


The sophomores of Seel, McGoey and Love played an integral role in NA’s blanket finish at Red, White & Blue, anchoring the bottom half of the scoring lineup by being only 11 seconds and 11 places apart.


Neff noted that the majority of the three dozen sophomore boys are products of North Allegheny’s middle school team, adding that coach Jason Winschel predicted good things for the Class of 2015.


“He said you’re going to have a good one coming up here, this is the best team I’ve ever had,” Neff said of Winschel’s glowing recommendation. “And now they’re contributing on the varsity level, which I think is pretty impressive to see a young kid – especially with the boys – contribute on the varsity level (as sophomores).” 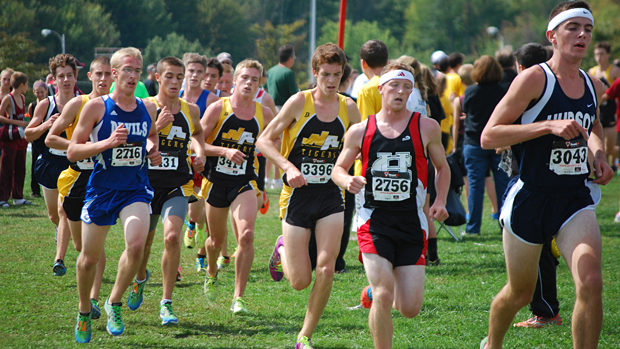 It’s hard not to notice the North Allegheny cross country team, even at a 5,000-plus runner meet such as Ohio’s Boardman Spartan Invitational.


With their black and gold uniforms, the Tigers are either at the lead of the pack or heading in that direction, with the boys winning the past seven WPIAL (District 7) titles. North Allegheny’s presence in 2012 is even harder to discount as Neff’s high school roster includes almost 150 runners, a number that makes his coaching counterparts envious and wide eyed when told of NA’s roster size.


“We make it a point to try to talk to everybody every day. I can’t say that that happens every day, but we really try to make our rounds and make every kid feel important. That’s one thing that we pride ourselves on – the varsity kids get a good experience and everybody on down the line gets a good experience. I want everybody on our team to feel like they’re important because they are.”