With the skyline of Pittsburgh looking over their shoulder, Obama Academy’s Elena Woodworth and Carrick’s Zackary Wierzchowski decided it was a good time to sneak a peek back at their competition. The quick glimpse told them there still was work to do during the District 8 (Pittsburgh City League) championships at Schenley Park. 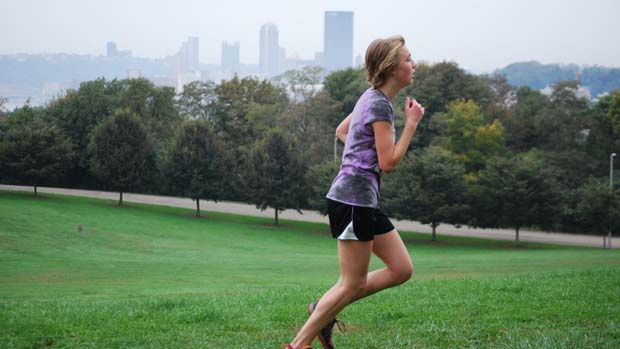 Both runners proved up to their challenges Saturday, securing individual victories and qualifying berths in the PIAA championships on Nov. 2 in Hershey as District 8 opened the 2013 postseason.

“I pushed as hard as I could,” Wierzchowski said of his racing response after seeing that Christian Cook of Perry was only a few seconds back without a mile to go. “I wasn’t sure if he could catch up or not.”

The Carrick junior will get another crack at the Aloha Hills as his 17:47.88 clocking led the way. Cook also will be in Hershey after his second-place 18:04.59.

“That’s how he runs all the time,” Carrick coach Walt Milinski said of the race winner. “We try to break down each mile into the time we want him to do, but he is a warrior and just goes out and runs. We pretty much let him do what he needs to do. 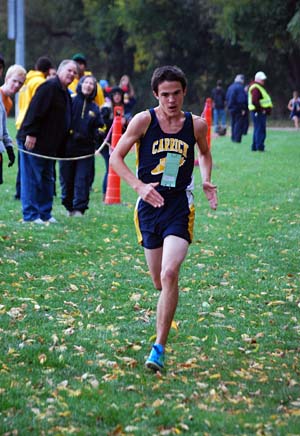 “If there is somebody that’s behind him, that even pushes him even more. That’s just the type of runner he is. He wants to be in first.”

“Last year we had two kids make it states,” Milinski said. “(Going as a team) was our goal this year. We had kids make it, we wanted to take a team. And our fifth guy just got under the (qualifying) time.

“It’s a great accomplishment. The kids are so excited about going. A lot of them have never been to Hershey before.”

Also looking forward to a trip to Chocolatetown USA is Obama’s Woodworth. Although her winning time of 22:32.34 wasn’t her best, it was fast enough to stay ahead of junior teammate Chloe Mobley.

“I needed to speed up a little bit because I didn’t get my best time today,” the winner said of her reaction to when Mobley cut her lead to about 10 yards as the field took a final look at downtown Pittsburgh.

“(Elena’s) been amazing,” Obama coach Matthew Dumbroski said of the winner. “She’s really had the drive.”

The Eagles had 28 points for the team crown, while Carrick was next with 44 and Brashear had 52.