Running the 2nd fastest time on the Hershey course with an admittedly slow start to the race is one impressive feat. Brianna Schwartz of Shaler Area won a cross country gold medal in the girls AAA race in a course #2 time of 17:39. She now joins a unique class of runners to win state gold in all three running seasons. Schwartz has won all three of her races this season after her late start and will be headed to the Foot Locker Northeast Regional meet at the end of the month. 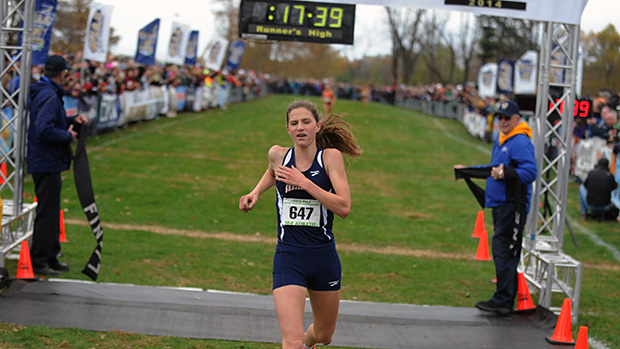 One junior vs eight seniors in one of the best races fans had ever seen. Resume aside, taking on a bunch of seniors who have their last chance at state glory is a tall order. But it wasn’t too tall for Jake Brophy of Central Bucks East. The junior conquered that challenge and took home all the honors. He won his 1st career gold medal, shattered the course record by 21 seconds, and became the school’s first ever cross country state champion! 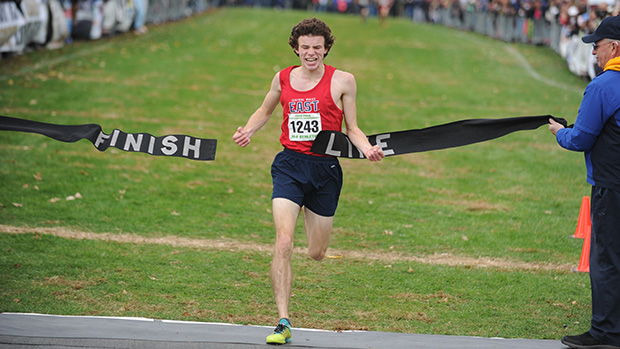 A four year plan that comes together and ends with a state championship is a testament to the athletes and the coaching staff. The seniors that led the Villa Maria Academy team to the AA championship were part of this plan and they executed it with an emphatic exclamation point! After a tough district meet, Villa Maria ran with a renewed fire and passion at the state meet to reach the end goal of the 4 year plan and bring home the school’s first state title. 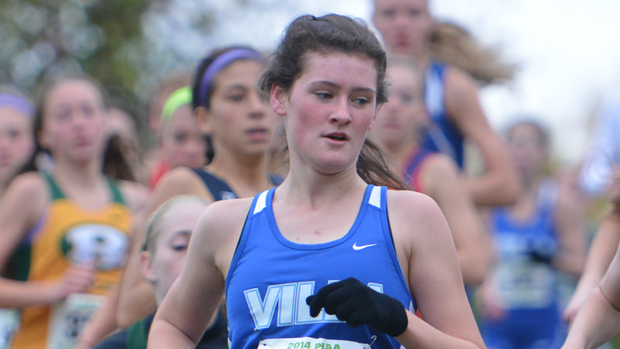 One of the challenges of running cross country is that in order to achieve the highest honors, you have to show up at the district and state meets. Winchester Thurston had a team that was struggling to get everyone together in one place at one time to run a competitive race. Fortunately for them, the depth of the team showed in getting the team to the state meet despite injuries and other commitments. At states, fans were witness to the capability of the Class A champions as they came away victorious. We may never know how good this team could have been, but champions is a good way to start. 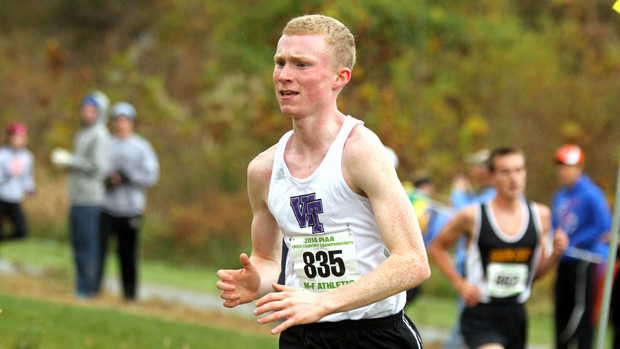