Those who have followed the career of high school and collegiate champion and all-American Neely Spence Gracey know that she has taken full advantage of her natural talent. 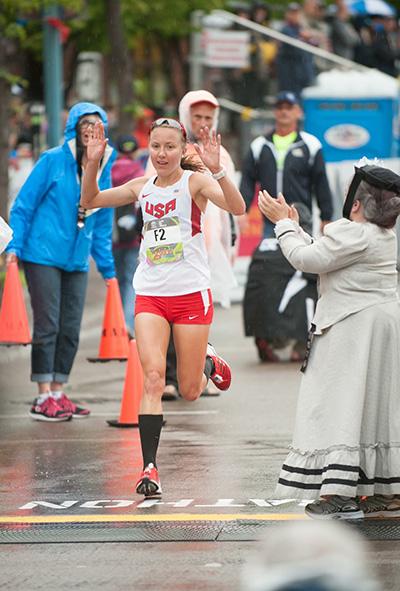 After all, she is the daughter of Steve Spence, a World Championship Marathon Bronze medalist, Olympian, and a decorated coach at their alma mater, Shippensburg University.

While many see Neely as a pro… she has always had her sights set on becoming a coach. “I went to college to become a coach.”

And in 2012, just a year after foregoing her final year of college eligibility to turn pro, she and husband Dillon started Get Running Coaching with the idea of working to develop younger runners.

Since leaving the Hanson’s-Brooks training group earlier this year, she relocated to Boulder, Colorado, where Dillon had been relocated by his employer.

(Right: Spence winning the June 20 Grandmas Half Marathon in a PR 1:11:25 - Photo by Jeff Frey and Associates)

Spence has been welcomed into the Boulder-area running community as a regular training partner of some of the area’s elite athletes and coaches, including Kara Goucher, Kaura Thweat, and Brad Hudson and Hudson elite HTS)

For her own development, she hired University of Houston XC coach Steve Magness. With the help of Dillon serving as Magness’s eyes on the ground and continuing advice and support from her dad, Spence has been steadily recovering from 2014 knee surgery and improving, setting PRs much of this year, including a 15:25 5k this spring.

Spence is as happy and healthy as she had been in awhile, and is looking forward to progressing as she prepares for an Olympic year in 2016.

But it’s the coaching of younger runners that has Neely equally pumped.

And it’s for all the right reasons. “Working with aspiring young runners is a special passion for me. It takes me back to the turning point in my life when I committed to the sport.”

So she and Dillon are paying it forward through Get Running.

First and foremost, the goals are to keep running fun, see continued progress, and create students of the sport who will see running as a lifelong, fun hobby.

"I definitely would not have had such a successful season without Neely's help. I had no idea where to begin with my training, especially starting off with such low mileage, and her guidance made all the difference!"

All McCardell, of Birmingham Seaholm HS did was to crack the top seven of a state championship team. 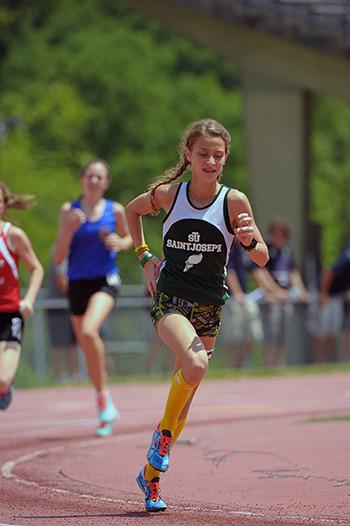 Hays was one of Neely’s first athletes… and both Hays and Spence see a lot of parallels to their running roots.

“I was looking for a coach to personalize to my goals… where I wanted to be,” Hays says. “And by that I mean without injury or doing too much too soon.”

When Hays first started with Neely and Dillon as a 12-year-old 6th grader, she already had a 5:42 1600 on her resume, having run both XC and track with Philly-area CYO programs since the 4th grade.

Neely strongly believes in slowly increasing mileage for their athletes. Hays was at 12 miles a week as a 12 year old. For 7th grade, they increased the mileage to 15 mpw. She lowered her PR to 5:27.

Having done her homework on her mentor, Hays knew that Neely’s 8th grade PR was a 5:09 1600. Pretty quick. “It became my goal for this year.” 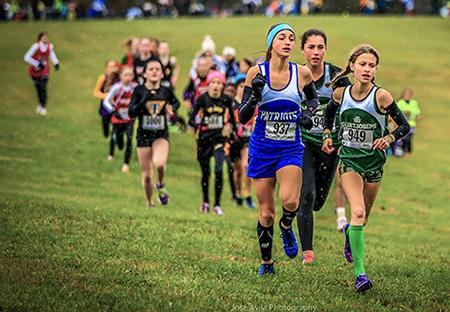 But Keelin wasn’t done. That 5:09 was the target, and she went after it big time at the John Hay Memorial Distance Classic at West Chester Henderson just three days later after the CYO Champs. The distance was a full mile, and in a very crowded early heat, Hays ran a big PR of 5:11.61. The paralleld with Neely’s 8th grade is a bit uncanny. Her 5:09 at the Hershey T&F Champs came four days after she had run a 5:17.

“I was super excited. Neely was thrilled I had reached my goal.”

What’s next for the fast-improving runner?

Again, she did her homework after hearing about the storied Tatnall, Delaware program at a cross country camp. Tatnall alum Haley Pierce spoke to the group… Hays reached out to the school and coach Pat Castagno and in February was accepted.

From Spence’s perspective, it’s a good move. “I am turning her over to Pat. His philosophy is more like mine.”

As for Keelin’s take: “I went to a meeting and am really looking forward to being a part of the team. The girls are awesome. I just hope to be competitive.”

One of the easier parts of her transition to the high school ranks will be her love of hills. Basically, she was raised on Belmont Plateau and the infamous ‘Parachute Hill.’

She is sure to love Brandywine Creek State Park and it’s series of hills.

“The hills are my favorite part,” Hays says without hesitation. “They are my ‘go’ point.”