Mady Clahane of Cumberland Valley has been solid in her senior season. The PTXC 7 winner has earned top 3 finishes at Carlisle and Paul Short and she sits in the state top five. Clahane updates us on her progress as she gets closer to the opportunity to go for her first state gold medal. 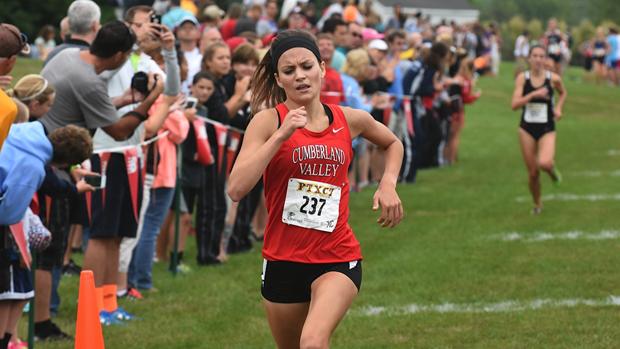 It's crazy to think that my senior year of cross country is halfway over! It feels like just yesterday I was a little freshman making my PA debut at PTXC 4. So far, I've been pretty happy with where my season is going. There have been ups and downs, but I know that everything, wins and losses, will only make me stronger for post season.

Just to review some of my past races, starting out my season with my win at PTXC 7 was a big confidence boost, because I've been looking for PTXC gold since freshman year! I felt strong, and it made me excited for where my season was going. At the Carlisle Invitational, I felt off and was definitely disappointed with my race. I know that I did not run to my potential, which is always hard to reflect on afterward. Pennsylvania has a very deep, talented field, so being off for a race will definitely not get you the place that you want. However, after I finished, I heard thay my team won first place and I was so incredibly happy! It's always fun to get first by yourself, but getting first as a team is even better because the happiness of getting first place is given to 7 different people rather than just 1. I was so proud of all the girls, and it was awesome to be able to finally show the state what we were made of. At Paul Short, I definitely wanted to get redemption for my individual Carlisle Invitational race! I felt that I had a decent race, but I definitely made some tactical errors that I will learn from. However, some amazing runners were in that race, and I couldn't be happier to have had the opportunity to race against them.My training has also been going very well! It usually consists of 1 cross training practice a week, two hard workouts, long runs, and recovery runs. During season, however, it becomes difficult to incorporate two workouts a week with dual meets every Tuesday and a race the upcoming weekend. I usually try to push myself a little more during dual meets and do an extended cooldown so that I can get a hard run in while keeping up my mileage. That way, only being able to fit in one workout a week isn't affecting my training. Approaching post season, dual meets have ended and I have a lot more time to get back to a normal training schedule, which I'm excited for!My training has been a little more interesting lately, however, due to my official college visits. I get to run in different states and areas, and it's cool to mix up the scenery and surface that I'm running on. I love seeing the extensive amount of trails at schools I am visiting, and running on them is definitely a big change from running on the main roads in Mechanicsburg all the time!I'm really excited to see where the rest of this season will take me. The amount of talent in the state this year is immense, and States this year is definitely going to be a battle! I'm also excited for my team, and I can't wait to see how we will do this year during Mid Penns, Districts, and States. It's my last season to represent Cumberland Valley on the cross country course, and my main goal is just to make my school proud one last time :) 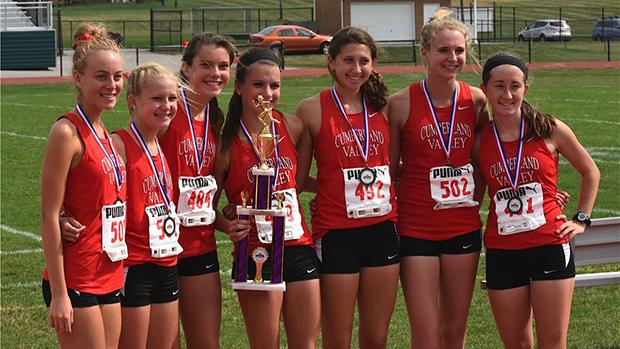