Danville's Mackenzie Jones finally won her first district title last Thursday at the District 4 Class AA championships at Bloomsburg University. And with that monkey off her back the senior who has led her team to top-10 state finishes ever since she was a freshman, is gearing up for her last high school race.

Though Jones has medaled every year at the PIAA Championships 2014 was her breakout year as the Ironmen lead runner finished third (19:06.)

After finished second for the third year in a row at the 2014 district race Danville's veteran coach Jeff Brandt counseled her to, "not let it get to you."

But it was someone outside her team that drove the point home before the state race. 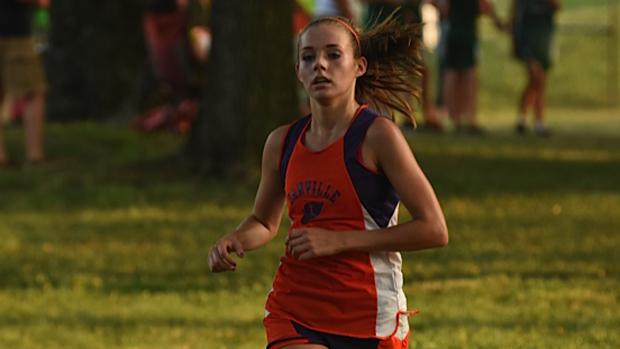 "The one gym teacher (Bill Freeman) that follows me said, 'What happened (at districts?'

After Jones told her story, Freeman offered some perspective.

"He said it doesn't matter how you get (to states), it matters that you got there. The point isn't that you have to win it to get there, it's that you got yourself and your team there."

"I definitely was not expecting to run that time at all," said Jones. "But I knew where I should be."

Jones had finished just behind 2014 champion Ally Rome when the two were freshmen and had finished 16th and 24th their sophomore years.

"The fact that I was there with so many people that were so fast and could keep up with that pace and could run up the hills and down the hills confidently (helped me)," said Jones.

And it turns out that Jones is also the kind of runner that feeds off the crowd. 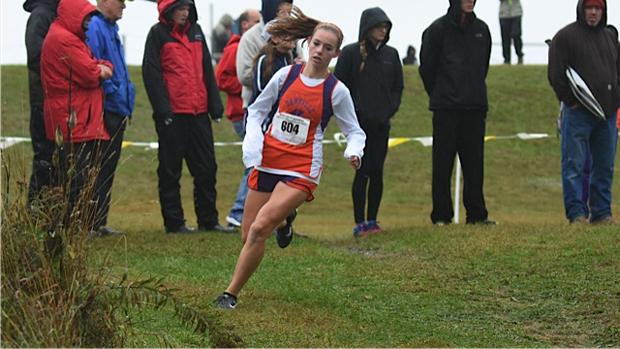 "All the spectators that are there throughout the course -- even if they're not cheering for you -- they give you energy.

"States -- both cross country and track -- are the most amazing races I've ever competed in. It's amazing how many people show up and get into the race."

Jones is optimistic going into this year's race.

"I'm hopping that I'm able to have the race I had last year," she said. "I'm not really going to worry about my placement as much as the time I want to run. If I could run as fast as I did last year, or even faster, that would be great.

Brandt has confidence in his charge.

"You couldn't ask for a better kid to coach.

"She had an incredible race last year. Can she duplicate it? 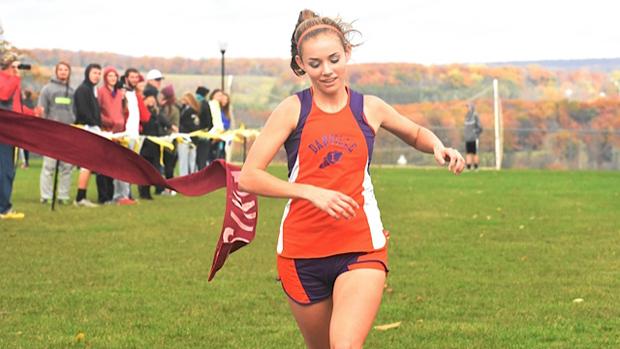 As important as going out on an individually good effort is to Jones she's just as invested in her team doing well this Saturday.

"We've been thinking about (the team competition) all year. Especially after placing third in the PIAA Foundation Invitational -- it's the best we've placed as a team.

"It's really been a focus for our team, as opposed to other years.

"The fact that we want this at states so badly, we've really been pushing. Our grouping has been great and we've really pushed each other."

While it might seem that Jones would feel the brunt of the pressure Saturday, the senior brushes off that notion.

"I think it's definitely hard on everybody. I know when I'm further back in the pack I get down on myself.

"It's easier to run out front. I get so much adrenaline from being at the front of the pack."

Being in front has served to inspire her team. 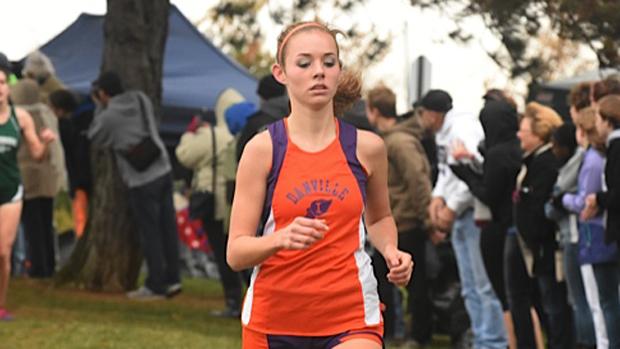 "She's a role model," said Danville freshman Elaina Klinger who finished second for the Ironmen at districts. "She doesn't take over. She leads by example.

"I remember always looking up to her (when I was in middle school) and thinking I want to be just like her."

And that, according to Brandt, means more than being just an outstanding runner.

"As good as a runner as she is, she's a nicer person."