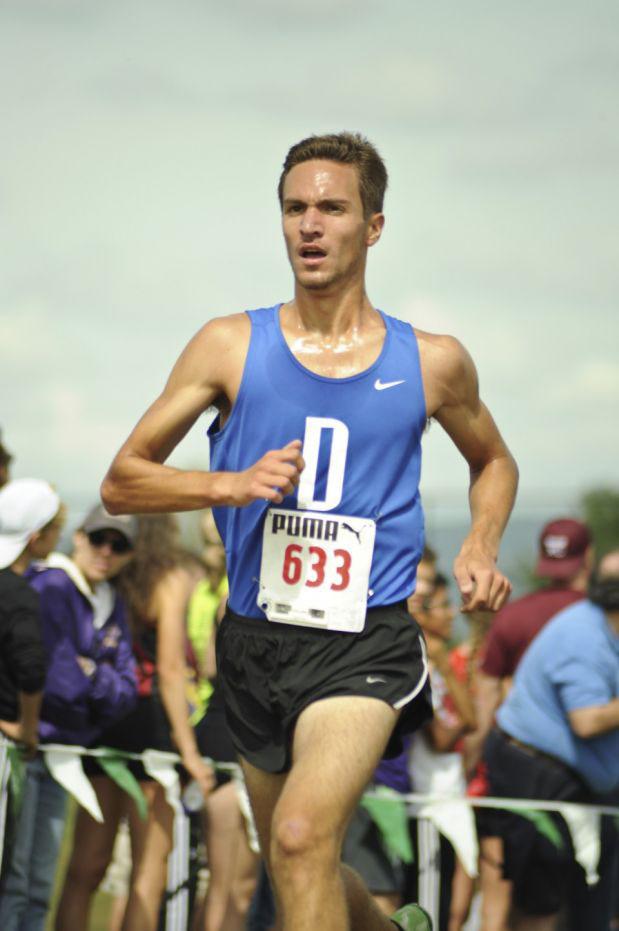 Henry Sappey ran well and XC and kept it going with a fast early season 3K at Ursinus.

A few PA teams made the trip to Ursinus College in Collegeville and pulled out some good performances. Downingtown West skipped the TFCAofGP meet at Lehigh and brought the team to Ursinus. It looks like a few of the Whippets from their NXN team trained for the extra week and ran the 3000. Senior Henry Sappey won the race, BARELY going under the 9 minute mark at 8:59.95. Jake O'Neill and Drew Alansky also ran, going 9:24 and 9:25 respectively.

Darian Alston of Downingtown West, who finished 7th in the state last year in the triple jump, wasted no time soaring this year. Alston set a new indoor PR for himself with a jump of 44-10 to win the triple jump. His teammate Jimmy Holt won the long jump, putting up a solid early season distance of 21-06, just shy of his indoor PR.

In the shot put, Andrew Rochon of Southern Lehigh opened up with a PR in a big way, tossing it 50-03 to take the win.

On the girls' side, Evelyn Berecz of Downingtown East put down a nice indoor PR in the triple jump for the win. Her jump of 37-02 beats her best from a year ago and makes an early statement to the other triple jumpers in the state.

We got a look at Perkiomen Valley's new star, freshman Christina Warren. Warren debuted with a win in the long jump (17-02) and a third place in the 55 meter hurdles (8.51). Not a bad start, eh?

Ty'Asia Dansbury won the 400, dropping a good time of 58.08. Her Harrisburg teammate Aalexis Berry took gold in the 55 meter hurdles in a time of 8.31.

Lansdale Catholic's Kayla Connelly, fresh off a nice XC campaign, ran really well in the mile, winning in a time of 5:10.

Check out the results here. 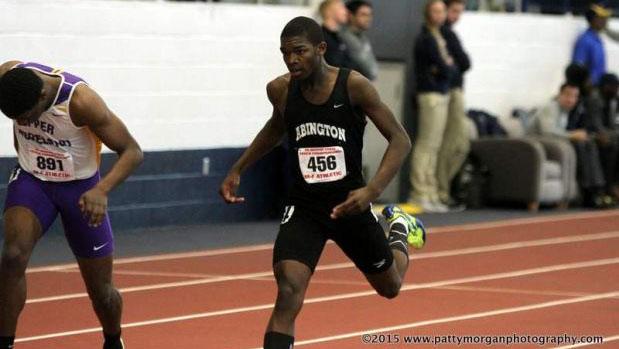 Isiah Smith of Abington, shown above at indoor states last year, easily won the 400 in a nice time (Photo by Patty Morgan)

Like Downingtown West at Ursinus and the Cheltenham girls last night, the Abington boys came out ready for the start of the season. The Ghosts put themselves on the map early in the season.

Coatesville's Terrence Laird, who we haven't seen many performances from, made his name known, winning the 60 meter dash handily in 7.14. The junior sprinter is certainly one to watch.

In the mile, Liam Conway of Owen J. Roberts, who placed 28th in the state during XC, put down the first fast mile time of the year on the boys side. His 4:28 was good enough to outlast Conestoga's PJ Murray and Neshaminy's Rusty Kujdych, who both clocked in at 4:31.

Check out the full results from both Division I and Division II here.