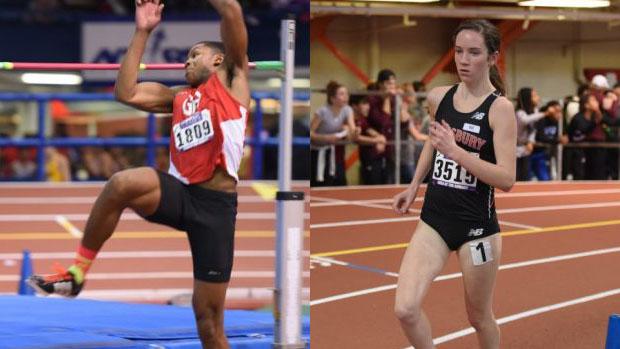 Congratulations to this week's indoor performers of the week, Kyle Garland of Germantown Academy and Hannah Molloy of Pennsbury. Both athletes went north to New York's Armory for the Hispanic Games and walked away with some great performances. As always, thanks for voting and be sure to check back after this weekend for the next poll! 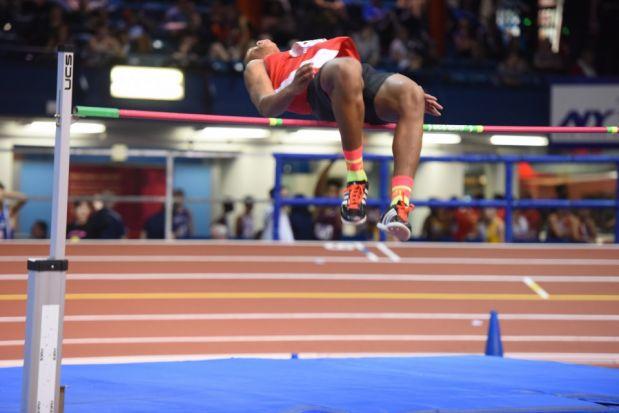 Kyle Garland soared (literally) to this week's honor. The GA sophomore cleared 6-6 in the high jump at the Hispanic Games to take second place only to Windsor (CT)'s Tyler Coyle, who jumped the best height in the state on Saturday. Garland's in the middle of a close race for the state's best in the high jump with a host of other PA jumpers right around 6-5 and 6-4. He benefited from the great crowd in New York, who surely helped provide him with an extra jolt in every attempt. For good measure, Garland also qualified for the finals in the 55 meter hurdles, where he finished eighth. Get used to seeing his name atop meet results for the next few years. Garland is quickly becoming one of the state's best athletes, even as just a sophomore.

Just a few votes off the top spot was Knoch's Jordan Geist. The junior thrower broke Ryan Whiting's 11-year-old state record in the shot put, heaving it 69-6.5 for the win at Slippery Rock. Expect to see more of that from Geist, who returns on Friday to SPIRE where he'll look to better his own state record. 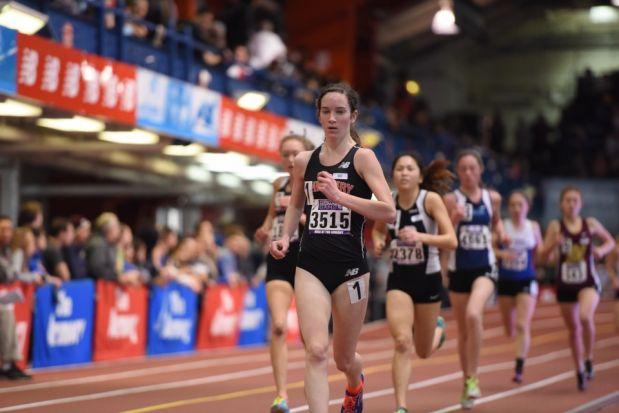 Hannah Molloy of Pennsbury took the lead in the Hispanic Games' 3000 meters at around the halfway point. From there, the Iona-bound senior took control of the race, gapping the field. But in the closing laps, Julia Stevenson of Hackley (NY) narrowed that lead catching Molloy heading into the final lap. Molloy held on, though, maintaining her lead and taking the win. It was a big win for Molloy, who is coming off a great cross country season with her Pennsbury team. Her time of 10:17 is ahead of schedule from a year ago, when she ran 10:26 at the Hispanic Games. Then on Wednesday, Molloy ran an indoor personal best in the mile, finishing 14th at the Millrose Trials in 5:10. We'll see what else this indoor season has in store for Molloy. Molloy talked with us after her win. Watch that interview below: