Millrose Games (at The Armory)

Full list of Pennsylvania entries in the Millrose Games

The Millrose Games are more than just another invitational at The Armory. The history dates back decades. Congratulations to the athletes selected to compete at this year's edition.

We've already seen success for PA in the form of Gregory Potter's pole vault win. What else does PA have to offer this weekend? Here's what we're watching for. 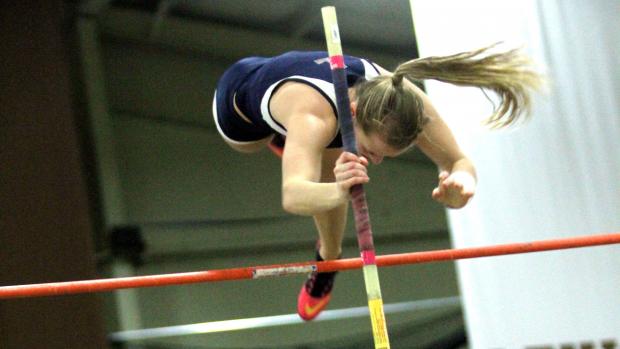 Four PA girls headline the pole vault at the Millrose Games. PA#1 Katie Jones of South Williamsport leads the group. She'll have to deal with a pair of girls--Margaret Ollinger from Alabama and Beck Arbriv of Georgia--who have both gone over 13 feet this season. Also in the field representing PA is Liberty's Rachel Finn (PA#3), Central York's Lexi Baublitz (PA#3) and Spring Grove's Nathalie Eliot (PA#7). No other state has more than two representatives in the event, proving the depth PA brings in the pole vault.

This will be one to watch. We get an absolutely loaded field with four New Yorkers, three Pennsylvanians and one girl from Delaware. Chanel Brissett of Cheltenham, Jayana Webb of Norristown, and Pennsbury's Dasia Pressley highlight the PA entries. All three have raced extremely close this season when they match up head-to-head. Tia Jones and Daija Lampkin will make this a really fast race surely. Don't miss it! 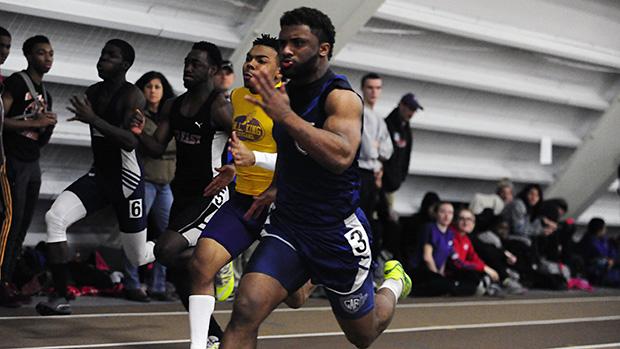 This race is a toss up seemingly, for lack of a better term. Anthony Maurent of GAR has been unbeatable within PA state borders, but he'll face a really tough field here. Ade Jones-Roundtree of Imhotep is having a great season and will look to challenge for sure. We haven't seen too much of Bloomsburg's Jahvel Hemphill this season, having only run once earlier in the season at the Hispanic Games. But Hemphill looked strong there, clocking a 6.53. We'll find out if there's any rust, but we've seen what the two-time AA state champ in the 100m is capable of.

PA is well-represented in the girls' junior mile, and some of the these girls certainly have upset potential. I say upset because Kate Murphy from Lake Braddock, Virginia is the heavy favorite having run a 4:43 mile indoors this year. Abbe Goldstein of Germantown Academy has been the top PA miler for a good chunk of this season. She's been all around this winter, most recently finishing sixth in a competitive mile in Boston at the New Balance Grand Prix. She has improved at every step along the way. Friends' Central's Gabrielle Wilkinson showed her speed on Saturday at the PTFCA Carnival, winning in 2:12. The reigning state champ in the 800 looks primed for a big race Saturday. Olivia Arizin of Cardinal O'Hara has also been having a big indoor season. Her 4:57.88 at the Armory a few weeks ago is another good sign. Then we have the only one in the field with Millrose experience: Mady Clahane of Cumberland Valley. Clahane's been here twice, and in the bright lights of Millrose that experience could come in handy. She ran really well her PA#2 back at the Millrose Trials, so we'll see what else Clahane has to offer Saturday.

Jaxon Hoey of Downingtown West and Nick Dahl of Germantown Friends' enter as the lone PA entries in the boys' junior mile. The strong New York trio of Conor Lundy, Aiden Tooker, and Noah Affolder, along with California's Issac Cortes will provide a tough test for the pair of PA boys. Hoey has beaten Lundy this season, and has been running really well the whole season. You certainly can't count him out. Dahl enters the race after winning at the Armory Track Invitational a few weeks ago and will look to ride that momentum into Saturday. 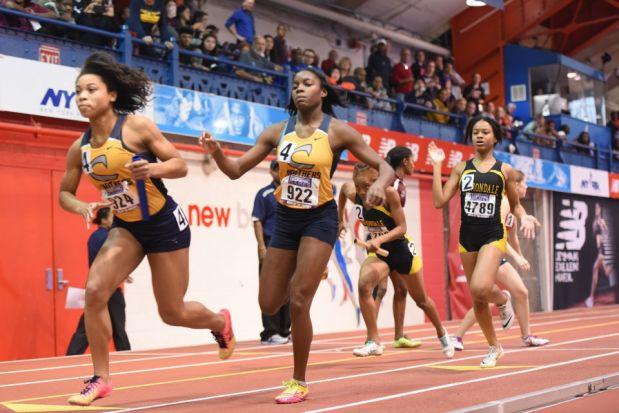 Cheltenham, Norristown, and State College will be repping PA in the 4x200. We know about the fire power from Cheltenham. They ran 1:40.35 at the Armory Track Invite a few weeks ago and they'll look to top that on Saturday. Norristown sits at PA#2 and will look to narrow that gap to Cheltenham. State College ran 1:43.59 at Kevin Dare, nipping Susquehanna Township. They should have the guns to improve on that. All three will be chasing New York's Paul Robeson, which enters with the top seed time of 1:37.8 (that's really fast).

Penn Wood and Pennsbury come in as the PA teams. Penn Wood is coming off a huge PA#1 at The Armory a few weeks ago, blazing a 9:18. Pennsbury's top 4x8 time this year came from the Poreda Invitational after most of the team ran a DMR earlier in the day. The Falcons got a late start to the season this year after a long XC campaign, so we should certainly expect a breakthrough performance. Saratoga Springs is the top seed having run a 9:04 this season and both PA team should expect a fast race. 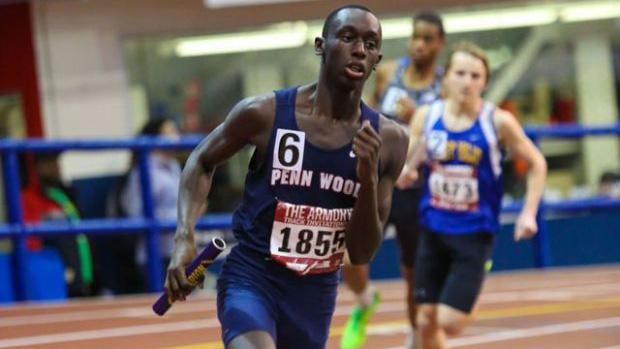 In the boys' 4x800, we have State College and Penn Wood. We've seen a lot of Penn Wood this season. Most recently, they set a new season best and PA#3 8:02 at the Armory. They return this weekend looking for more. State College is interesting because they are yet to run a hot 4x800 fresh this season. Their best came at Kevin Dare after most (if not all) of the four guys ran individual events earlier in the day. No one has prior obligations this time around, and we should watch them fly. A handful of teams in the field have already gone well under 8 minutes this year. So far PA only has one (Germantown Friends), but expect that to change before 2:30 on Saturday.