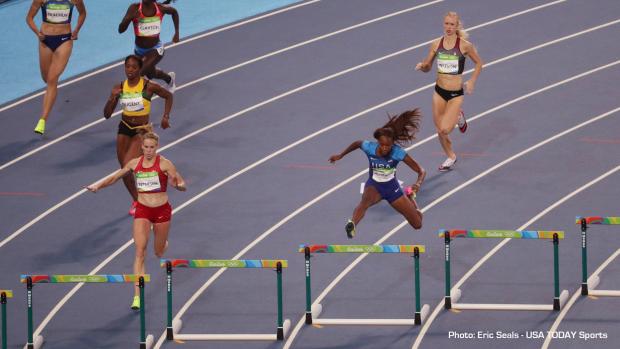 Abington graduate Leah Nugent will race for an Olympic medal on Thursday night.

Nugent, who competes for Team Jamaica, ran a big PR of 54.98 in semifinals the 400-meter hurdles in Rio on Tuesday night. That was good enough for third in her heat, which included USA's Dalilah Muhammad. Nugent earned one of the qualifying spots for the final on time.

Nugent survived a scare in the preliminary round after she was intiallly disqualified. After a protest, she was reinstated into the semifinals.