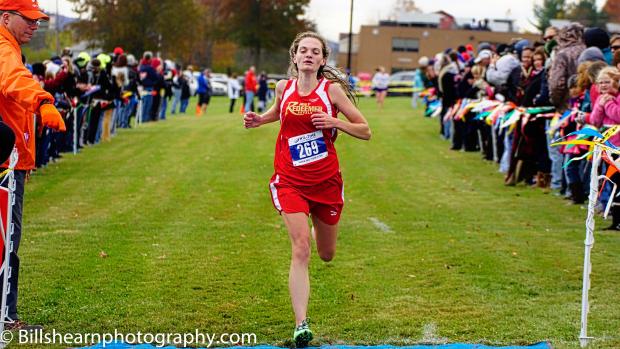 Holy Redeemer's Lindsey Williams continued her excellent 2016 with a district title. The junior won the AA race in 19:37, and after placing tenth at Foundation, is in a good position next week at states. Honesdale's Mackenzie LaMorte was second in 19:45 and Montrose's Hannah Perkins was third in  19:55.

Honesdale, led by LaMorte was the surprise of the day, winning the AA team title with just 43 points. They had four in the top 11. Scranton Prep, behind a fifth place finish from Abbey Bowen, took second and earned the other state qualifying spot.