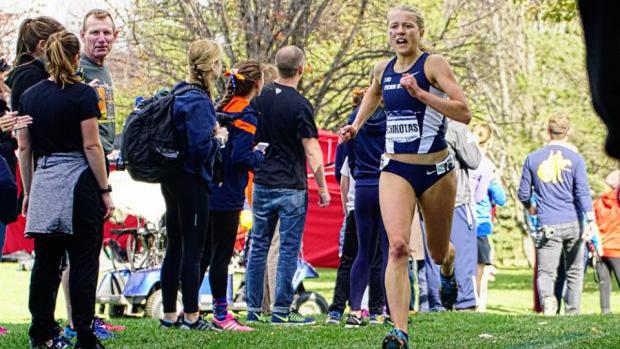 Penn State's Elizabeth Chikotas took 15th place at the NCAA DI Cross Country Championships in Terra Haute, Indiana, the highest placed Pennsylvania high school alum in the field. That earned the Saucon Valley graduate All-American honors for the first time in her career. Chikotas clocked a time of 20:09. She was 102st in the meet last year.

Villanova's Angel Piccirillo, a 2012 Homer Center graduate, took 20th overall in 20:13, also earning her All-American honors for the first time in her career in XC. Harvard's Courtney Smith, who graduated from Unionville in 2014, was 35th in 20:21, just .5 ahead of Penn State's Jillian Hunsberger, a 2014 Mount Lebanon grad, who took 36th overall. That earned both Smith and Hunsberger All-American honors as well.

In the men's race, Villanova's Patrick Tiernan, a native of Australia, dethroned Oregon's Edward Cheserek, and won the NCAA title in a time of 29:22 over 10,000 meters.

Syracuse's Kevin James, a graduate of Cardinal O'Hara, was the top PA alum, placing 116th in a time of 30:58. Andrew Marston, a Conestoga grad and current Villanova harrier, was 146th in 31:12. Navy's Jake Brophy, who graduated last year from Central Bucks East, was 186th in 31:31.

Did we miss anyone? Email daniel.beck@flosports.tv for a correction.