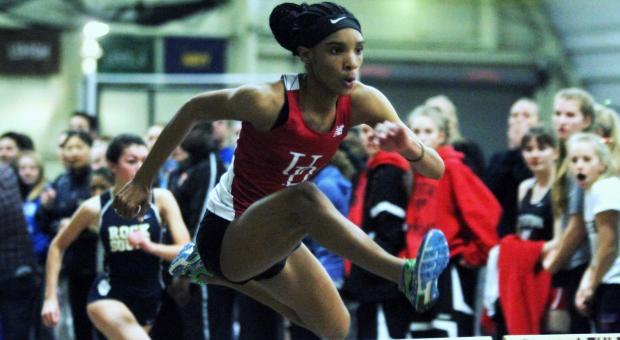 In case you needed a reminder, the bitter cold on Friday told us one thing: indoor track is back.

While some Philly area teams opened up last weekend, Friday's DVGTCA schedule kicked off at Lehigh University on Friday and some big early season performances were thrown down.

The Cheltenham girls didn't bring Chanel Brissett, who is slated to open up later in the season, but many Panthers were on display at Lehigh. Alexis Crosby won the 400 meters in a new PA#1 of 58.29, proving  the junior will be a factor in the quarter mile this season once again. Then Crosby anchored Cheltenaham's 4x200-meter relay to close out the night, which won handily in a PA#1 of 1:47.43.

Watch the fastest section of the 4x200 below, with an appearance on the leadoff leg from indoor state record holder, Kouri Peace of Pennridge:

The story of the night, however, may have been Cheltenham freshman Brianna Smith. Smith took second in the 60-meter hurdles and then upset defending indoor state champion Moira O'Malley of Souderton in the high jump. Smith cleared a PA#1 of 5-4 to O'Malley's 5-3.

Watch an interview with Smith below:

The North Penn girls picked up where they left off last spring. The queens of the 4x800-meter relay from last year, wasted no time putting down the state top mark. The Maidens ran 9:39.50 for a new US#1. North Penn then won the 4x400-meter relay later in the night in a time of 4:11.29.

Upper Dublin's Madison Langley-Walker claimed two wins on the night. First, she won the 60-meter hurdles in a new PA#1 of 9.02. Then she won the long jump with a best leap of 18-0.25, good enough for a PA#2. The junior, who transferred from Cheltenham where she attended last year, is expected to be a factor on the state level in both events this season.

Watch Langley-Walker's win below, with Smith from Cheltenham taking second:

Penn Wood's Terri Turner looked smooth, winning the 1000 meters in a 3:02.39. It was a solo effort for Turner, who took control early on and ran away with the win. In another non-state meet contested event, Springfield (Montco)'s Sydni Stovall outlasted Strath Haven's Maddie Forbes in the 600 meters. Stovall's winning time was 1:39.45.

Coatesville's Porsha Miles continued her hot start to her sophomore season. Miles edged out Norristown's Jonae Cook and Perkiomen Valley's Christina Warren in the 60 meters for the win in a PA#1 time of 7.96. Cook clocked a 7.99 and Warren was at 8.05. Warren later won the triple jump with a best of 36-11.5.

Watch the fast heat of the 60 meters below:

Paul Robeson's Tikki Wise took down Cheltenham's Bria Barnes in a competitive 200 meters. Wise's win came from the 11th of 12 heats. She won in a time of 26.01 to Barnes' 26.12 from heat 12. Wise attended Delaware Valley Charter last season.

In the 800 meters, Downingtown West's Emma Planck took the win over the Baldwin School's Myla Barnett and Great Valley's Amy Willig. Planck's winning time was 2:24.79. Harriton's Tasha Greene won the mile in a time of 5:18.80, good enough for a PA#1. Strath Haven's Isabel Cardi was second in 5:20.34. 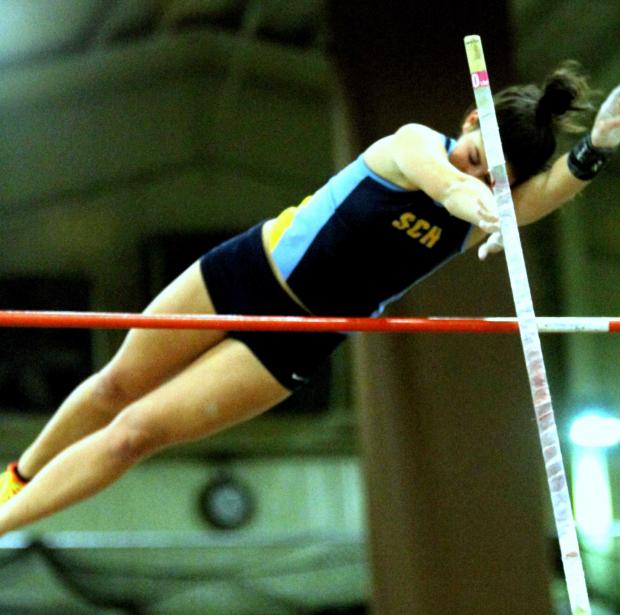 Springside Chestnut Hill's Elizabeth Jefferson took the win in the pole vault with an 11-3 clearance. Her best from last season was 9-6, so that's a huge improvement for the senior.