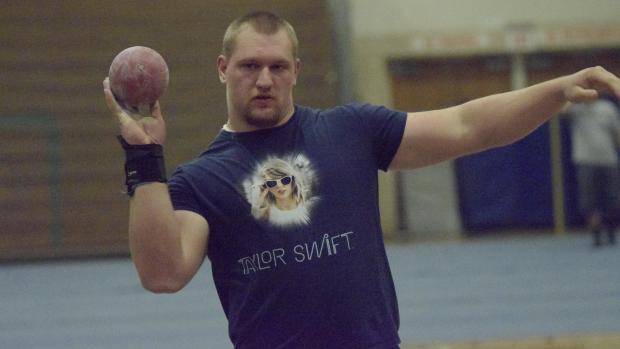 No matter the weight, Jordan Geist hasn't met a shot this indoor season that he can't launch to record-breaking distances.

On Wednesday, the Knoch senior was in the circle for the first time in 2017 but the third time this young season, throwing yet another overweight implement. Working with the 6-kilogram shot used in Under-20 (formerly Junior) competitions, Geist moved to US#2 AT with a best of 70 feet, 6 inches.

"It was about 2 weeks in between so I really worked everything from the 16 (pound) down to a 5K shot put and just everywhere in between, just trying to work different rhythms with the different size balls," Geist said of his practices since he uncorked a record put of 68-4 on December 22 with the 16-pounder. "It felt better in practice yesterday than what it was today, but I am not complaining because it's my farthest throw ever with a 6K."

"We're at the point of the season where we are dropping down some of the reps (and) going with higher weights, trying to build some more muscle before nationals," Geist said of recent workouts. "It's really changing my body type. I'm not as quick as I was before. The quickness is going to come back and help me with the 12 pound."

Geist opened at 67-11 before overpowering the 6K ball out past 72 feet on what eventually was a foul. His new PR closed out the flight and preceded his only other fair throw of 69-1 in round 4.

"The mentality definitely changes, especially with my lifting changing, too," Geist said of transitioning between the heavy shots. "Some people may look at it and say 'it's only 2.8 pounds difference' but it's a world of a difference in the circle.

"Luckily my 6K is a little bit bigger. It's almost the size of a 16, so the actual grip isn't much different, but the whole arm motion really changes and so does the body motion. It's awesome to throw the different weight shot puts here."

Also throwing well was Hempfield Area senior Alex Murray. The DePaul recruit added to his growing indoor PR with a put of 56-1 in round 5 for a new PA#3 with the 12-pounder before ending with a 55-5 effort on his home court.

In the weight throw, Geist could not better his top mark from the pre-Christmas meet at Hempfield but still had an impressive series of marks that produced all five measured throws over the 70-foot line.

Geist is scheduled to return to action Saturday for the first meet of 2017 at Youngstown State, settling into a long run of meets with the 12-pounder. A year ago, Geist narrowly missed cracking the 70-foot mark for the first time at the Watson and Tressel Training Site before exceeding it six times over the remainder of the 2016 indoor season. 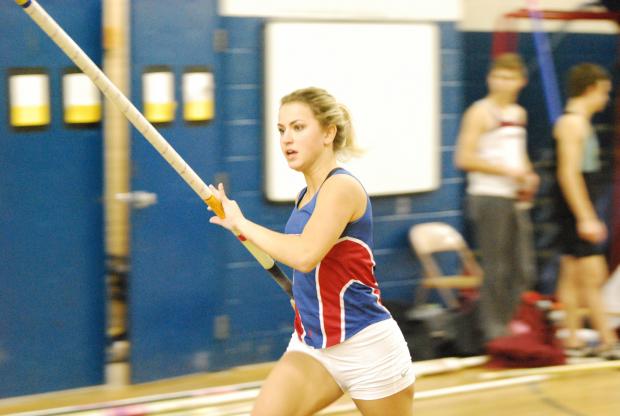 The other top mark of the night went to senior Casey Phelan of Laurel Highlands in the girls' pole vault. With a number of second-attempt clearances, Phelan moved up to PA#2 and T-US#7 with a jump of 12-3.