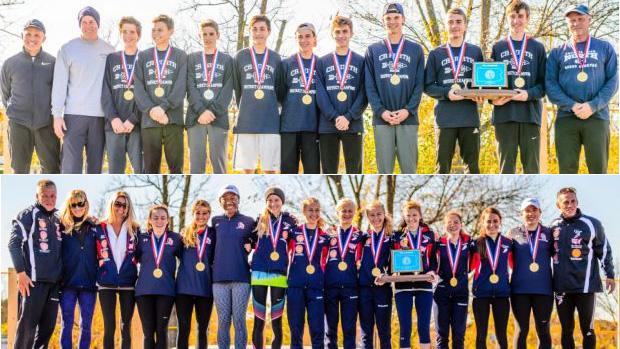 USTFCCA names a boys' coach and a girls' coach to the honor each year.

The win at states was CR North's first state title since 1999, which was before Council Rock split into two schools---North and South.

Watch an interview with Marrington after his team's state title in Hershey:

Kennedy, in his first year as the head coach of the girls' team at Cardinal O'Hara, coached the Lions to the PIAA state cross country title in Class AAA. O'Hara scored 107 points to win. Kennedy's squad also won the Delaware County, Philadelphia Catholic League, and PIAA District 12 team titles leading up to the state meet.

The state title win was O'Hara's first PIAA state crown in not only cross country, but also for the entire school.

Watch an interview with Kennedy after his team's state title win in Hershey, complete with a Delco shoutout:

Read the complete state-by-state list of USTFCCCA Coaches of the Year over at MileSplit.