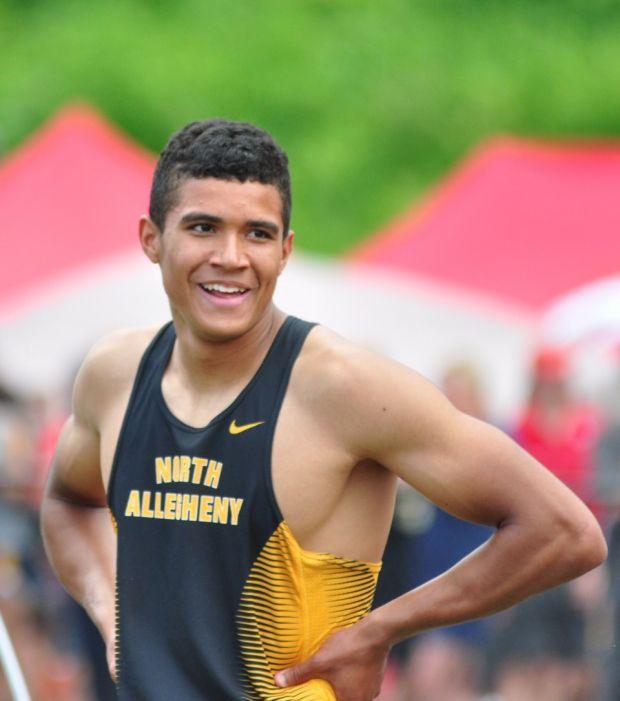 Just about every track meet is a multi-event competition for Ayden Owens. A rising senior, Owens regularly contests the hurdles, sprints and long jump for North Allegheny.

He was the state leader this year in both hurdle races and No. 2 in the long jump, having claimed gold in the 110- and 300-meter events in Shippensburg. This came on the heels of Owens placing third in the pentathlon at New Balance Nationals Indoor and earning silver medals in the 60 hurdles and 200 at the PTFCA Indoor State Championship. A year ago, Owens also was the USATF Junior Olympics 15-16 champion in the 400 hurdles and decathlon.

Owens took some time away from training for two of the top post-season meets - this week's New Balance Nationals Outdoor and next week's USATF Junior Nationals - to answer questions about competing in the multi-events and his post-season goals.

PennTrackXC: Describe your first multi-event competition and was it something you asked/wanted to do or did a coach think you were a good match for the multis?

Ayden Owens: My coach noticed my potential and overall athletic ability from an early age, so he decided to have me try the multis. The first time I did a multi in a big meet was at the USATF National Junior Olympics in 2012 at Morgan State University. I ended up earning second behind a kid who set the national record in that event for our age group. I recall throwing up during the final 300 meters of the 1,500 and continuing to push through to win that individual event. It was then that I realized I might be able to excel in multiple events not just the hurdles.

PTXC: Which of your strictly multi-event events (not the hurdles or long jump) came to you rather easily?

AO: The discus is probably my most natural event other than the running and jumping disciplines. I have a lot of technical work to do, but I think the overall technique came to me fairly easily. Although my throws don't really compare to the Jordan Geists of the world, they are relatively competitive considering I am a decathlete who specializes in sprints.

PTXC: And which has proven to be the toughest to master thus far?

AO: The javelin has proven to be a lot more difficult than just throwing a stick far. Initially, I thought that it would be more natural, but it is definitely my weak spot and is something that I will have to devote more time to in the future.

PTXC: No one questions the physical grind of 10 events over two days. How big of a mental challenge is competing in the decathlon?

AO: The biggest mental challenge is forgetting about the prior event and not allowing it to have an effect on me. It is often said that sports are 10 percent physical and 90 percent mental. For the decathlon, your mental strength must be as strong as your physical or you won't successfully execute day 1. There are so many factors in play, and you can't get too caught up in one or the mistakes of a former event will come back to haunt you.

PTXC: How has your training changed in recent weeks (since the PIAA meet) to prepare you for the decathlon at NBNO?

AO: My training has been more focused on the technical decathlon events, which I don't have time to work on during the high school season. This includes the pole vault, discus, javelin and high jump. These are not my strongest areas, so I focused the last few weeks on these events while still training speed and endurance to prepare my body for the 1,500. 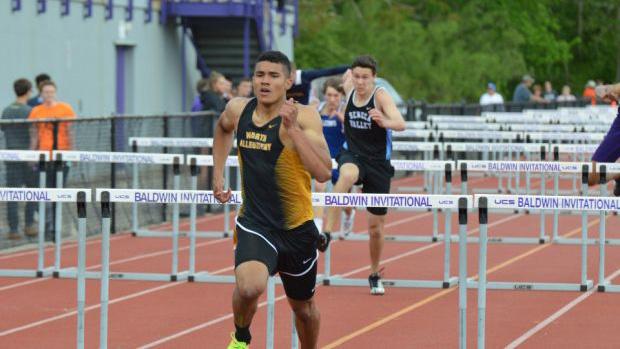 PTXC: In a typical workout, do you include each of the decathlon's disciplines or do you, for example, work on throws one day and jumps the next?

AO: It differs from day to day. For example, my coach sometimes dedicates a whole day to a 400 workout, but the next practice we will hurdle first then do long and high at the end. I have also had practice with my throwing coach in the early afternoon, then in the evening I do a workout with my club team.

PTXC: Does competing in several events in a dual meet or invitational help you to simulate the time schedule of a multi-event competition?

AO: Yes, my high school coach puts me in four events every meet which helps simulate the feeling of back-to-back events in the decathlon. Due to the little amount of time between events in a dual meet, I am sometimes required to perform three events in a span of 20 minutes. This training inured me to the arduous multi-event days.

PTXC: What are your goals for NBNO and USATF Junior Nationals?

AO: My goal for New Balance is to win the decathlon and break 7,000 points. My goal for USATF Junior Nationals is to make the finals in both hurdles and get personal bests in both events.