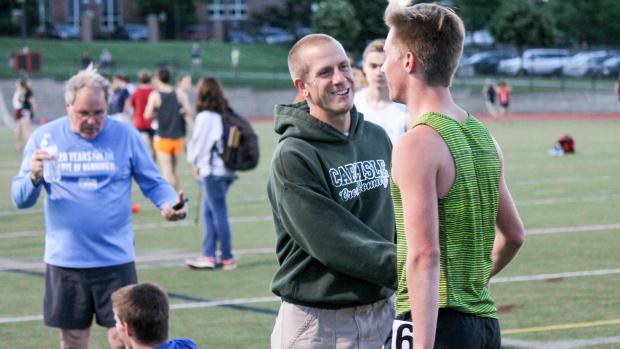 Certainly, the team had talent, but it was not enough to win indoor states; Carlisle boys finished second in PA, just as they did in cross country this fall. In his 11th year of coaching at Carlisle High School, head coach Ed Boardman had won some District 3 championships, but never a state title. Based on the depth and talent he had on the track and field, there was plenty of buzz that this could be the year. Even better, former triple jump state champion, Deshawn Millington, came out for the team in the spring after not competing his junior year.

However, as the season progressed, the team experienced some challenges. Even the state championship itself did not go according to plan. Despite it all, the Carlisle boys came together to win their first PIAA Class AAA state championship a few weeks ago, ending a season of great performances.

In June, the track season is officially over, but for some coaches; preparing and training athletes almost never stops. So naturally, we found Coach Ed Boardman with his finger on his watch, calling out splits for his athlete Isaac Kole, as he grits through a pre-nationals track session. Boardman took some time out of his busy schedule to speak with Abby Huber of PennTrackXC about his coaching, and Carlisle's historic season.

Check out what he had to say in addition to a video interview where Boardman goes in depth about what went in to making the state title a reality. 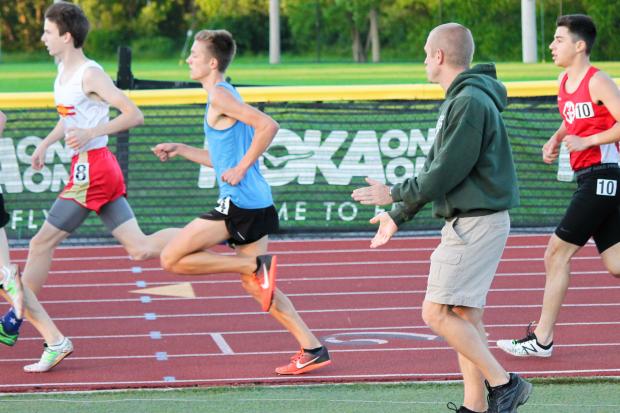 PennTrackXC: Carlisle High School frequently receives students from families stationed at the Army War College. The most recent family to join your team this fall were the Affolders. How do you incorporate incoming athletes into the team quickly?

Ed Boardman: Our pre-season unofficial runs begin in June. Incoming war college families usually participate immediately in the summer runs. This gives them a few months to get to know one another and get to know the other athletes on the team. When school starts in September, they already kind of have a group of friends going into a new school.

PTXC: Discuss what they have done previously with training and mileage?

EB: Yes, this is where I can get a feel for where the athletes are at and make a plan from there. During the summer runs, we are just trying to be consistent with running, we are not getting into any workouts. Actually a lot of kids come in and they are just happy to experience an established running program. Some runners from military families are coming from areas around the world where they didn't have people to run with or there just wasn't a community of runners.

PTXC: Normal military assignments at the Army War College are only 1-2 years, so families and athletes almost always move away before they complete all 4 years at Carlisle High School. Over the years, who are some athletes from military families that were sorely missed or ones that 'got away' ?

EB: Obviously, Sam (Affolder) will be missed. We will certainly be cheering for him in Virginia. First person that comes to mind is Brad Hort, who was here only for one year. As a ninth grader in fall of 2009, he made all-conference in cross country as a freshman. He just had natural leg speed, and also the endurance to go with it. He went on to win several state titles in Georgia. Even this year, I will lose freshman Savannah Hossfeld. Hossfeld ran a 2:20.47 at the Ship Invite before pulling her hamstring later in the season. I would have loved to see what she would have become.

Isaac Kole and Sam Affolder after finishing 1-2 in the 1,600 meters at the PIAA T&F State Championships:

PTXC: You graduated from Shippensburg and also coached at Shippensburg University. You spent some time training and working with Olympian, Steve Spence. How did these experiences shape your own coaching and ideas about training?

EB: As I thought about it, I spent a lot more time with Steve Spence than one might think. My first run with him was actually when I was in eighth grade, when he came to our middle school track practice at Chambersburg to run with us in 1992. Here was our bronze medalist from '91 stopping in to run with us! I went to Shippensburg University and experienced Spence as a volunteer and ultimately as a head coach. I always had such a great respect for Spence, because he did almost everything he accomplished right here in the local area.

After graduation, I came back just to run with the Shippensburg team. I started providing feedback to Spence as sort of an intermediary between him and his athletes. Similar to today, I have some younger Carlisle coaching staff that better relate to my high school athletes. At this point, I started getting offers to take over local programs. I approached Spence about coaching a group of my own at Shippensburg University. I had learned so much and did not think Spence was doing anything wrong, but there were just a few things I thought I could tweak. He gave me a group of distance runners that called themselves 'the misfits'. Among them was Kelly Stewart, who when she first began training with me, had not PR'd in years. Stewart went on to be an All-American, eventually qualifying for the Olympic trials. Steve definitely left a lasting impression upon me, mostly because of his training methods. 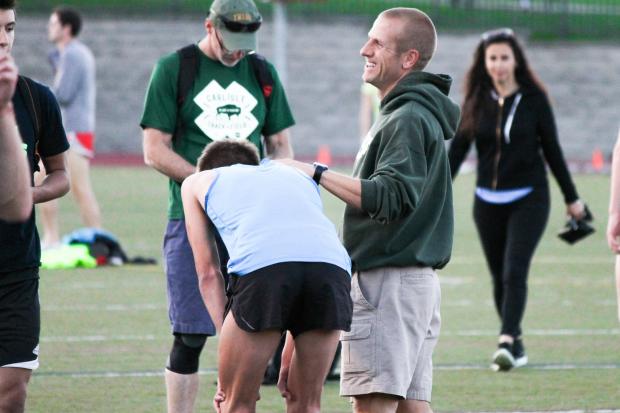 PTXC: You have coached many female and male state medalists over the years. You have obviously mastered training middle distance/distance athletes. If an athlete came to you and asked 'What are three things I could do to make me a state medalist?' What would you tell them?

Just as any great coach does, Boardman is always tweaking his program for his athletes. He will even help pace them through workouts. He chuckles that pacing his athletes is getting harder, "These guys have surpassed me, I have never run a 4:12 mile!", gesturing to Kole on the track. He beams with pride as Kole clicks off another fast 200-meter segment, on pace.

Behind the medals, records, and nationally ranked performances; Ed Boardman's passion for coaching and developing runners is evident. His athletes have a certain observable camaraderie and dedication that shined at the PIAA state championship.

Boardman answered a few of our questions about this track season and his athletes' accomplishments in the video below:
Tweets by PennTrackXC