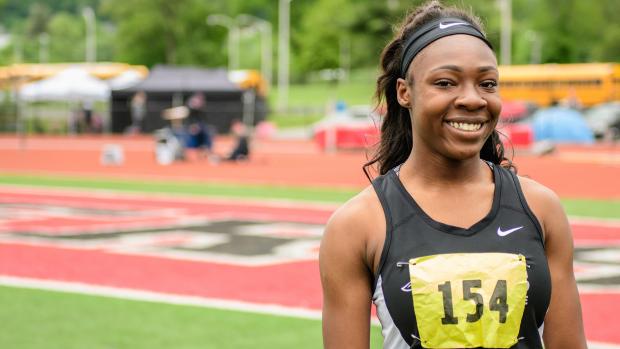 Thelma Davies of Girard College may only be a sophomore, but she's wasted little time making quite the name for herself. Now she is an all-time Pennsylvania state record in the 100 meters.

Davies ran a time of 11.43 to take third place in the finals of the championships girls' 100 meters at New Balance Nationals Outdoor in Greensboro, North Carolina. That time breaks a 34-year-old state record in the event, which was held by Chester's Dawn Sowell since 1983 at 11.49. Laurel Highlands' Breehana Jacobs ran an wind-aided 11.47 in 2006.

The tenth grader ran 11.56 in the prelims of the 100 meters on Saturday morning, qualifying her second to the finals. In the finals, Davies ran her all-time state best mark for third. A pair of Florida seniors---Symone Mason and Twanisha Terry--finished first and second respectively in the finals. Mason won in 11.27, while Terry was runner-up in 11.37.

Oh my! @thelmadavies takes down the all-time PA state record in the 100 meters, running 11.43 for third place at #NBNationals pic.twitter.com/KEjvTdYl7g