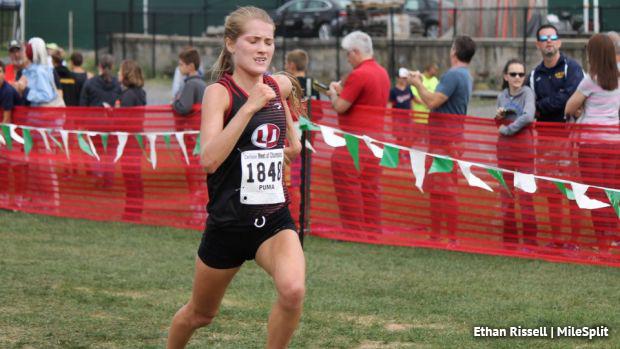 A week after winning at Cal U, Tashala Turner of University High in West Virginia returns to PA soil for a chance to win another invitational. She's the defending Spiked Shoe champ after running 18:46 to win last season.

Who can challenge her? How about a defending PA state champ? Saint Joseph's Catholic's Sera Mazza will likely make her invitational debut on Friday. Mazza was the upset winner in Class A last year at the XC state meet. She also leads the reigning Class A team champ. A win would be a nice start to her junior campaign.

But wait! We've also got the defending West Virginia state champ in this race and it's not Turner. She didn't race the WV state meet last fall. Instead, it was Hampshire's Hannah Lipps, who took home that title. She's a sub-11 3,200 meter runner and should mix it up with the leaders.

State College Area will be one of the top teams to watch for. They rolled to a win at Big Valley last week, led by Cailin Saylor's individual win. The PA#5 also has Emma Simon, Gabbi Bock, Kileigh Kane, and freshman Jordan Reed to make for a formidable pack. University High (WV), which captured the win at Marty Uher, will battle SC for the win. SJCA will look to make some early season noise as well.

Loyalsock's Isabel Sagar, who moved to PA from Texas last season, will also be a factor. She was 16th in 1A last season after capturing the District 4 title. Williamsport's Mary McMahon, Carlisle's Meg Lebo, and SJCA's Julia Cusatis are among the other girls to watch. 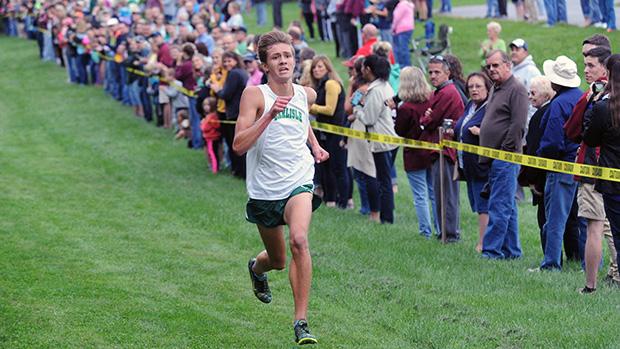 After a great season debut that saw him go sub-16, Bellefonte's Brett Pope returns to the course this weekend at Penn State. Pope took third at Lock Haven over the weekend, running a big PR of15:51 He'll look to follow that up with a strong race against an open field at Spiked Shoe.

Carlisle's Jack Wisner is also coming off a win, a romping victory at Enos Yeager for 2.3 miles. He sits at PA#21 and another strong race will help him solidify that spot. His Carlisle squad also looked strong last Friday, so despite the departure of some key team members, we'll see how the Herd stacks up against a deeper field.

One of last week's most impressive team performances came from Penns Valley Area at Big Valley. PVA is back this week to show off its depth. Brendan Colwell was a breakthrough performer. Along with fellow freshman Colton Sands and reigning district champ Chris Colwell, they are a very strong squad that can matchup with anyone.

State College Area is also in the field. They ran without some key runners at Big Valley, so we should get a look at this team with Owen Isham and Mitchell Etter in the lineup. The defending District 6 AAA champs will look for a strong performance this Friday.

The team race should come down to University High (WV), Penns Valley, Carlisle, and State College Area. Among the other individuals to watch are Williamsport's Tyler Holcomb (sixth at LHU last weekend), Phoenixville's Christian Schaaf, and Daniel Boone's Zach Murray.