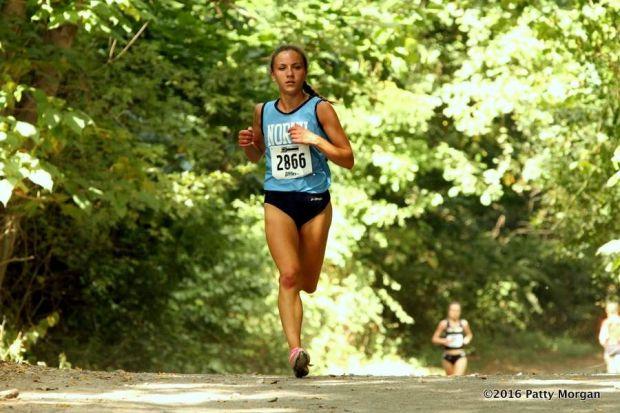 Saturday will mark the season debut of one of the state's strongest teams from 2016: North Penn. The Lady Knights have a number of returners, but up front they have a talented frontrunner in Ariana Gardizy. The senior is the defending Abington invite champ and should be heavily favored to take the win on Saturday.

Also from North Penn is Olivia Dyer, another returning state medalist. The Lady Knights should have a strong squad this season and they'll be looking to start the fall off on a good note.

One team capable of taking NP down is West Chester Henderson. Led by Courtney Kitchen (39th at states last year), Henderson could make some noise this season and it will kick things off this weekend. Courtney Alexander is another solid runner on this team.

Watch out, too, for West Chester East's Allyson Clarke. As a freshman, Clarke posted some impressive performances, particularly on the track, running 10:59 for 3,200 meters. She has the talent to challenge up front at Abington for sure.

A number of other runners could be on the cusp of a breakthrough on Saturday and we'll be watching for that. North Penn will come in as the team favorites, but Henderson and Wissahickon should put up a good fight.

The race is wide open for the boys' crown at Abington on Saturday. Any number of individuals or teams could walk away as champion this weekend.

The host team has Christian Troemel, who went 16:06 at Tennent last fall, but didn't race in the postseason. He ran 4:31 in the 1,600 meters this past spring. Wissahickon's Ben Hoyer, the Council Rock South duo of Kyle Kutney and Collin Ochs, and Hatboro-Horsham's Kyle Hontz are other individuals that could make a move for the win on Saturday.

The favorite, however, could be West Chester East's Joshua Lewin. He really broke out last spring as just a freshman on the track, running 9:31 for 3,200 meters. He is someone that could sneak onto the radar with a big race to open up his sophomore season.

His West Chester East team should be a strong team factor for the title as well this weekend. Council Rock South, Wissahickon, Methacton, and Hatboro-Horsham could all be in the mix as well