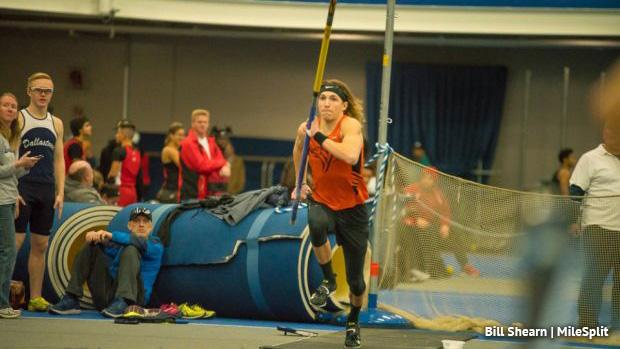 Payton Morris of East Pennsboro is a Millrose Games champion.

The senior, who has been one of Pennsylvania's top pole vaulters all season, posted a big personal best and earned a close win at the Millrose Games' opening night at the The Armory in New York. Morris jumped 16 feet, 3/4 of an inch on his first attempt after being perfect before that.

Thursday night's vault to kick off Millrose, which picks back up on Saturday, improves on Morris' own PA#1 (previously 15-8) and moves him up to No. 14 in the country.