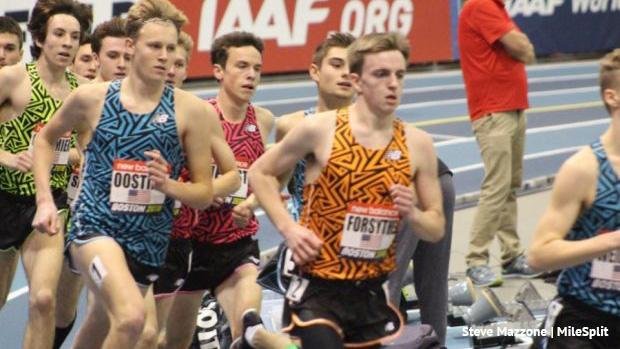 A few Pennsylvania athletes made the trip to the Reggie Lewis Center in Boston, Massachusetts and three of them came away with victories.

Dalton Hengst won the Junior Boys' Mile in 4:10.57, timing his kick perfectly on the backstretch to earn the victory. Hengst clarified our report that he transferred to Bishop Shanahan, saying he is currently competing unattached while he awaits a final decision from Shanahan on his enrollment status.

Tristan Forsythe of Winchester Thurston placed fourth in a PA#5 time of 4:16.29 and Butler's Noah Beveridge ran a PA#6 time of 4:16.40 for fifth. Shanahan's Josh Hoey, the defending meet champion in the mile, was entered, but did not start.

Pennsylvania also swept the 60 meter dash titles in the first year the sprint events has been offered to high schoolers at the meet.

Thelma Davies of Girard College improved on his own season best and just missed her PR (also the state record), but still picked up another convincing win. Davies went 7.38 for the win, beating second place by .22. In the boys' race, Imhotep's Kristian Marche edged out Davonte Burnett (MA) for the win. Marche clocked a new PR and PA#1 time of 6.85.

In the girls' mile, Gabrielle Wilkinson of Friends' Central placed second in 4:46.95. Kelsey Chmiel of Saratoga Springs (NY), who was second to Wilkinson at last week's Millrose Games got a little revenge in what turned out to be a terrific race. Chmiel ran 4:44.84 for the win.