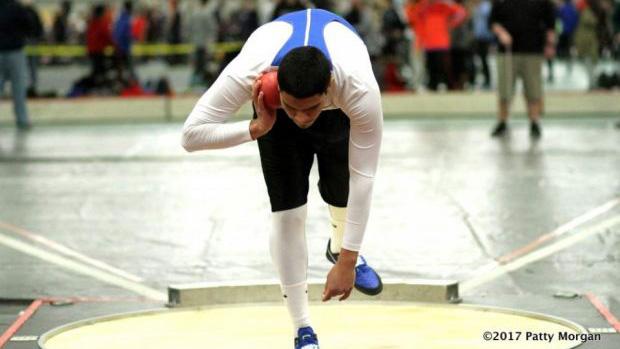 Jordan Geist's absence has certainly been felt this season. Now at the University of Arizona doing big things, Geist captivated Pennsylvania and the entire nation as he climbed the all-time ranks during his career. But a number of breakthrough performers this season, makes the shot put one of the state meet's most compelling events, even if we won't see anyone come close to Geist's meet record of 75-3.75.

The top four boys are separated by less than a foot, meaning this competition is as wide open as they come. The top seed is Yobani Moreno of Bensalem. He missed out on states last year, but has upped his game during his senior year. He threw a best of 56-8 to win the Meet of Champs and even threw 56-6 a few weeks prior. That consistency will bode well for him come Sunday. 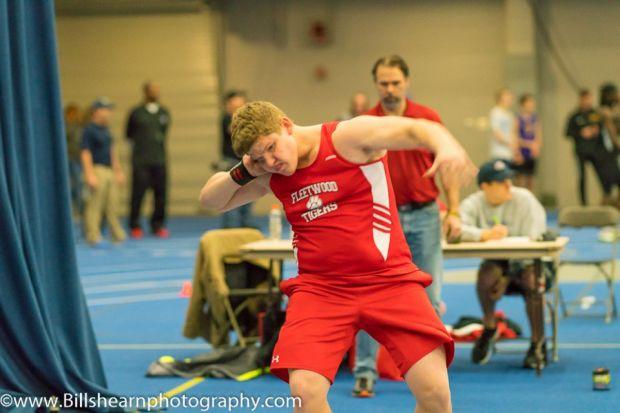 Two other big movers in the state ranks this winter have been Jeff Kline of Fleetwood Area and Brock Grundy of Hickory. Kline, whose best from last spring was just over 36 feet, has improved nearly 20 feet (!) and is ranked PA#2 with a best of 55-11.25. Grundy has also improved in leaps and bounds (his best last spring was 41-9) and he enters at PA#3 with a best of 55-10.75.

One of the most experienced in the bunch is Keith Dreese of Selinsgrove. He squeaked into the medals last year placing eighth and is just one of to returners this year that even qualified for indoor states last year. His season best is 55-9 and he should contend for the win as well.

Nick Hyde of Somerset enters at PA#5 with a best of 54-4.5 this season. Look for him near the top of the standings after he was the top PA finisher at TSTCAs last week. The only other returner from states last winter is Sam Mastro of South Fayette, so that experience could pay off the PA#8.

Germantown Academy's Olatide Abinusawa, Bradford Area's John Eakin, and Bishop Shanahan's Matthew Murray are among the other medal hopefuls, but truthfully, all 16 entries have a legitimate shot at cracking the top eight.