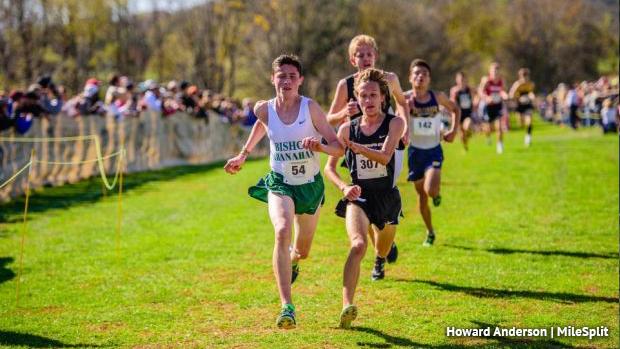 It's a changing of the guard in District 1 Class AAA this season. A strong senior class took eight of the top ten spots at districts last year and the winner, Rusty Kujdych, took home AAA state gold. Those eight have graduated, and Carlos Shultz, formerly of Phoenixville and Bishop Shanahan, has transferred to Loudoun Valley in Virginia.

The race for the top spot in D1-AAA, much like the girls, appears to be fairly wide open. The top returner based on districts finish is Jonah Hoey of Bishop Shanahan. He was tenth in D1-AAA as a sophomore and then took 31st at states. He ran 1:52 and 4:17 on the track this past spring and could be in line for a big junior year.

Downingtown West's Payton Sewall is the top returner based on states finish. Sewall was 11th at districts, right behind Hoey. Then at states, he led D-West with a 19th place finish and state medal. Look for a big fall from Sewall, a rising senior set to lead one of the state's top teams. Cheltenham's Jason Cornelison is the only other boy who placed inside the top 20 at districts that returns this season

Among the other high states finishers were Boyertown's Christian McComb (27th at districts and 28th at states) and North Penn's Noah Demis (37th at districts and 33rd at states). Both boys stepped up at the right time and conquered the Hershey hills, so they'll be worth keeping an eye on this fall.

West Chester East's Joshua Lewin was impressive last fall as a sophomore. He took 25th at districts and then 41st at states. He ran 15:48 at Paul Short, the fastest returning 5K of any other returner. Unionville's Cole Walker, 33rd at districts, will be one to watch this season. This past spring, Walker earned an eighth place state medal on the track in the 3,200 meters.

Spring Ford's John Zawislak took 50th at states as a frosh last year, and is the top returner AAA boy the class of 2021. West Chester Henderson's Calvin Pash, Penncrest's Patrick Theveny, Haverford's Mike Donnelly, Downingtown West's Isaac Valderrabano, and Central Bucks East's David Endres are among the other boys with solid performances from a year ago.