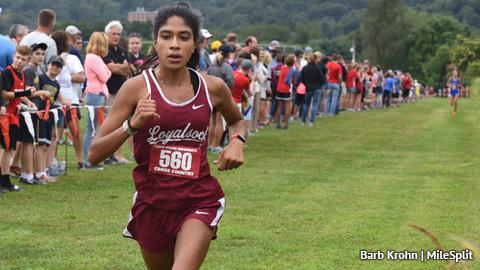 No one in the state was running faster than the leaders at Lock Haven University's 20th Annual Bear Mountain River Run last Saturday.

General McLane senior Nate Price bested Southern Columbia's Ethan Knoebel in 15:35.10 which vaulted the 2017 District 10 Class AA champion to overall No. 1 on the boys side. Knoebel is No. 4 overall - top-ranked in Class A.

In 2017 Trapani burst onto the cross country scene with her debut run at Bear Mountain, earning the time that was, for a time, the top freshman mark in the country.

Many were caught unaware, including Sagar who admitted to being humbled by Trapani the first time the two met.

Since then the Loyalsock runner has increased her miles and her work ethic going on to a silver medal in the 3,200 at the PIAA track and field championships last May.

Saturday was a continuation of that trajectory.

"I was very optimistic (coming in)," said Sagar. "I did a lot of miles this summer.

"I've been increasing my mileage every year - it works for me."

Sagar started out the race with a wait and see attitude .

"I wanted to see what (Trapani) was going to do. Last year she went out really hard (in races)."

Though the pace was quick, it didn't wilt Sagar.

"I was trying to be smart about energy, she said. "But it's tough with the adrenaline."

About a mile and a half in, Sagar had established a sizeable lead.

Saturday's time was a PR for Sagar who is on track to become her class valedictorian next spring. Her previous best (18:20) was set last year at Paul Short.

She said the Lock Haven course, which she ran for the first time Saturday, is set up for top times.

"This is much faster than Paul Short. This course has basically zero upgrades."

All making it a great way to start the season.

"It's a good season opener and confidence booster," said Sagar. 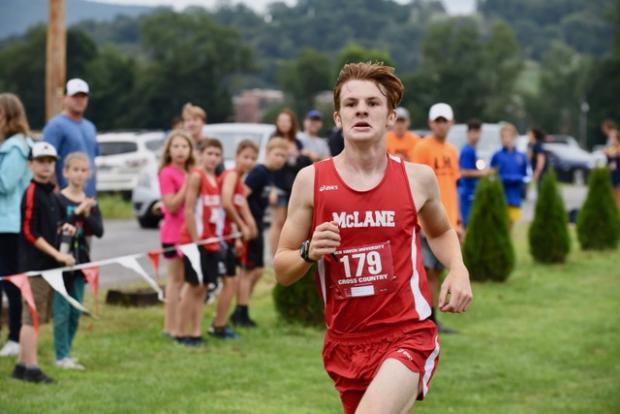 Price drops PA#1 for the win

It was the second consecutive top finish for Price who bested his PR by seven seconds.

He might have Knoebel, -who won bronze in the 3,200 at the PIAA track and field championships last spring -to thank.

"I figured Ethan, who is such a good miler,  would go out fast," said Price. "And he did.

"Nate and I ran together for the first mile," said Knoebel. "And it was comfortable.

"Around the mile I pulled ahead and he went with me."

Knoebel said  Price made a move a little later in the race.

"We met again up and we battled for a little bit but just before the two mile he made a move and capitalized."

"Once I passed him it was myself against the clock," said Price.

The 2017 District 10 Class AA champion and District 4 Class A champion (Knoebel) may not meet again but they both hope to finish their high school cross country careers strong.

"I want to make some noise at Hershey," said Knoebel. "I've gone down there the last three years but I have come home with anything yet."

Price said he is going to follow his coach's advise for the rest of the season and hope for the best.

"I want to go to states and have a good race," said the McLane senior. "My coach said you can't control the outcomes but you can work your hardest. 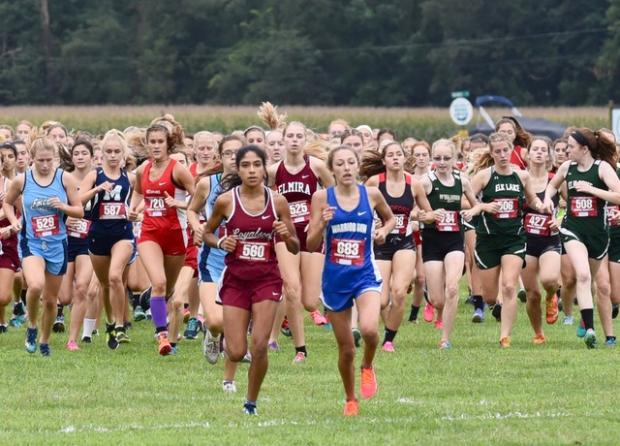 Price is also hoping that he'll have a team at Hershey to run with.

"For four months this summer I've been training super hard with those guys," said Price. "It's good to see it pay off."

Warrior Run's 2, 5, 9, 10, 11 winning grouping was made all the more impressive for the fact that all of the Defenders top five are sophomores.

"They needed a race," he said. "They were getting a little antsy."

Though Lauren Trapani didn't match her 2017 Bear Run time it was more than made up for with the team finish.

"I didn't get my time from last year but our team was doing good things," she said.

"It's a team that's most important to Lauren," said Dufrene.