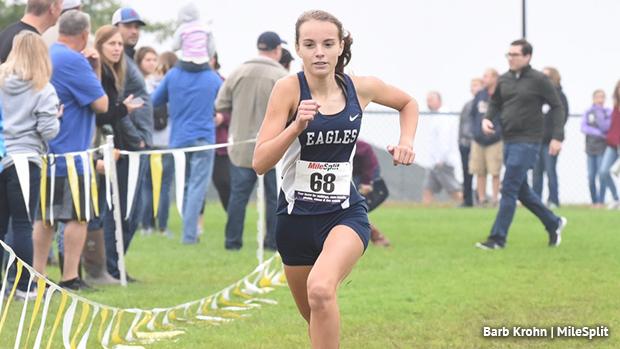 BLOOMSBURG -- While Paul Short and Carlisle might have drawn the biggest names in PA girls cross country on September 29, Bloomsburg University's Northeast Pennsylvania Invitational was a revealing day on the girls side for young talent as well as District 4 and even PIAA Class AA team competition. 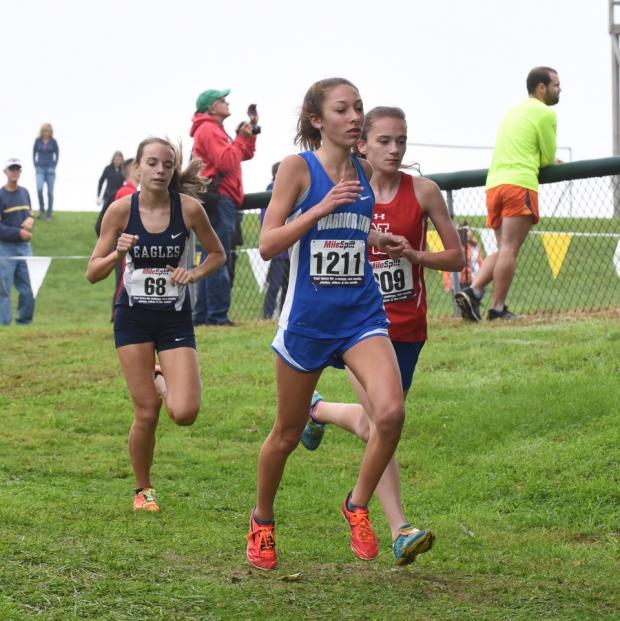 Though Haas is only in her first year of high school cross country competition, she  has years of running experience and even familiarity with the Bloomsburg course under her belt.

The Blue Mountain frosh is the prodigy of two runners - her father Randy ran in the Olympic trials for the marathon - so she was introduced to the sport early.

"I started running when I was five years old," said Haas.

Last year she won the junior high NEPA race and in 2016 competed against Trapani. McCormick and Haas are local competitors.

"I knew about Lauren Trapani and Cori McCormick (coming in)," said Haas. "I ran against them in junior high.

"Lauren won the race when I was in seventh grade.

"I will see Cori again on Wednesday (at a home quad meet)."

McCormick took the lead at the start of the race and ran with Trapani going into the first go at "Hospital Hill."

"I was just trying to stay with Lauren and Cori and push it on the hills," said the NEPA champion. "I've done a lot of hill work. It's really helped me."

The second time up the course's daunting hill, Haas made her move.

"I knew I was getting close to the finish," she said.

Trapani spent most of the race, "sitting." And when it came to the end, "I took what was left in me and finished pretty strong."

Happy with her win, Haas said she had no expectations coming into the race but allowed, "It definitely helps me." 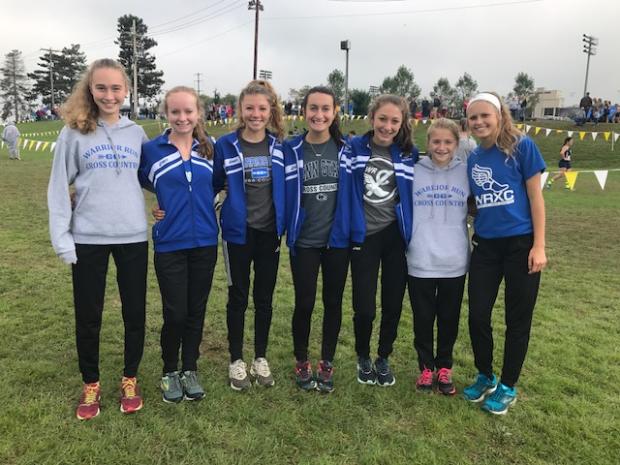 It was a clean sweep for the Warrior Run girls Saturday as the JV girls and junior high girls also won team titles.

And if one thought that Lauren Trapani was upset about a second-place finish individual finish, they should think again.

"It's always about the team," said the Warrior Run sophomore. "And this year we can do really good things."

Moving up to Class AA this year the Warrior Run girls - six sophomores and a senior - are fortunate to have multiple opportunities to test themselves against the 2017 PIAA Class AA champions - Danville.

The two schools met earlier in the season at a quad meet with Warrior Run coming out on top.

Regardless Lauren Trapani sees Danville as the team to chase.

"We just have to keep sticking with them," she said.

No one took that more to heart Saturday than Warrior Run's Emma Miller, who has been running No. 2 for the Defenders.

"There were two Danville runners ahead of me," said Miller. "I tried to stay near them and break away at the end but (Danville No. 2) Marisa Maffei passed me."

"At first I got boxed in but I just gradually moved up," said Cameron. "I kept them in site and passed some Danville girls on the way."

Along with Cameron, Warrior Run's No. 4 and 5 - Mikaela Majcher and Alyssa Hoffman - were attempting to run with Mikita.

"Our coach told us to run with the third Danville person," said Majcher. "When I saw where everyone was positioned I kept my eye on Danville's (fourth girl) and passed her on the hill the second time through."

"I was going to try to stick (to Danville's third and fourth runners)," said Hoffman. "But that didn't happen, so I tried to stick as close as possible.

"I passed their fifth and sixth girls going up the hill the first time."

But as is often the case, Warrior Run coach Corey Dufrene, was most pleased with his No. 6 runner, sophomore Alanna Ranck.

"She had a great race," said Dufrene. "She displaced Danville's No. 5.

"She really put in the time this summer."

"I'm pretty happy with myself," she said. "I really pushed myself this summer.

"I'm starting to get out what I put in."

The Danville girls have had some injuries this season, but are now pretty much set in their lineup according to coach Jeff Brandt.

"That's the way it's going to be," said Dufrene. "We have to continue to race with them.

The two teams will next meet up at the Shikellamy Boosters Classic on October 13 and again at the District 4 championships on October 25.

"It feels good (to win today)," said Hoffman. "But we still have lots of work to do." 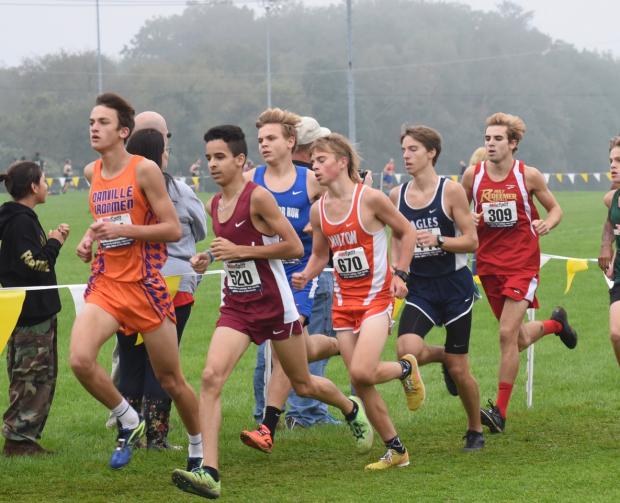 Quintana knew that he might have had higher caliber competition Saturday - Southern Columbia's Ethan Knoebel, for instance, had chosen to run Paul Short - but that didn't change his mindset going into the NEPA boys race.

"I was thinking that I have good competition wherever I go," said Quintana. "This was a good pre-district meet.

"With Ethan gone this wasn't going to mess with my head."

The Loyalsock junior was happy with his time.

"I feel confident," he said. "We're in the middle of the season.

"To drop a time like that - it was better than last season's district time."

Quintana said though the race went out fast, he didn't think the leaders could hold the pace.

Making his final move in the third mile, coming up "Hospital Hill" he said, "I knew I had to go on it or it would have been close."