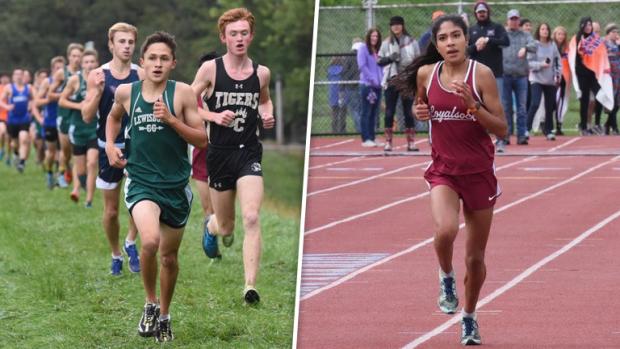 SUNBURY - The 41st Shikellamy Boosters Classic - the unofficial Heartland Athletic Conference championships -  bid farewell to a stellar senior and welcomed an up and coming freshman October 13 as PA No. 1 Isabel Sagar won the girls race (18:24) and PA freshman No. 2 Jacob Hess (16:32) won the boys on the cold, wet and muddy Shikellamy course. 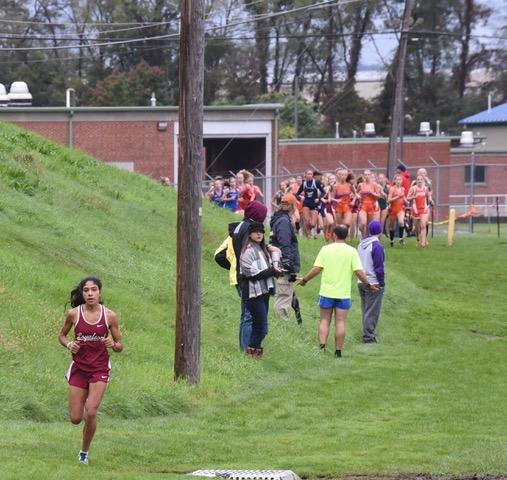 Fans weren't the only ones disappointed by Warrior Run's absence Saturday. Loyalsock's Sagar was hoping to find a running partner in Warrior Run's 2017 winner, Lauren Trapani.

Though Sagar has been breaking away from Trapani in races this year, she said, "The first mile it's nice to have that person there.

"I didn't know that Lauren wasn't running - that was kind of a shock.

"I don't love running by myself."

Saturday was the last opportunity for the two league opponents to compete. Warrior Run has moved up to Class AA and Loyalsock has dropped back to Class A.

Still Sagar pressed through besting her 2017 time by over a minute and posting the second-fastest time in meet history.

"I just love running alot," said Keeley. "I just tried to stay with the other girls who were running the pace I was."

That turned out to be Danville's Elaina Klinger and Marisa Maffei.

"Towards the end I knew I had a little more to give," said Keeley. "I tried to run my best race.

"Right before we came into the stadium I started to pull away. I wanted to finish on empty."

"I played soccer with Nicole," said Danville senior Klinger who finished third (20:04). "She had that last kick.

"She has long legs and she kicked it in hard." 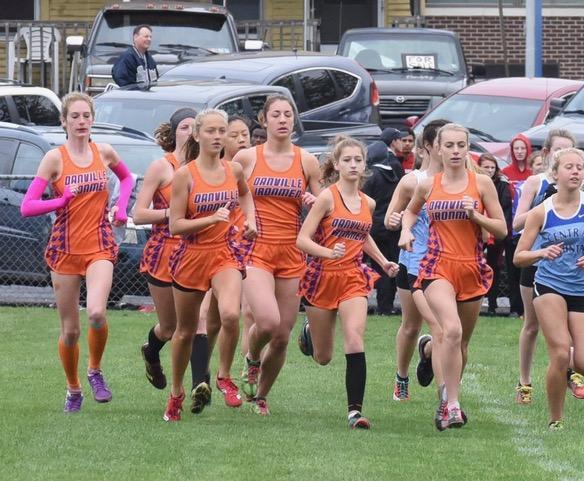 Klinger and company, though, had team competition on their minds.

"I think every one of us has really improved from the beginning of the season till now.

"We've been good in that aspect - every girl has been getting better."

"I'm so happy with everyone's performances today," said senior Maffei (4th, 20:09). "We're really focused on trying to close the gap of our top three and move the others up."

Coyla Bartholomew was one of those making the move for the Ironmen Saturday. The freshman finished 18th in a personal best time of 21:34.

Bartholomew was injured at the beginning of the season and has only four races under her belt this season.

"I definitely feel like I can have more improvement," she said.

Danville had a 1-5 90 second spread Saturday.

Lewisburg, the 2017 District 4 AA runner-up was thrilled to beat the defending state champs in that category Saturday, letting just 30 seconds elapse between the time their first and fifth runner crossed the finish line.

"It was just great," said Lewisburg sophomore Hannah Mirshahi (6th, 20:52). "I was so excited that the team could race against them."

Danville, Lewisburg and Warrior Run last raced at the beginning of the season in a quad meet where Warrior Run beat both teams and Danville beat Lewisburg. 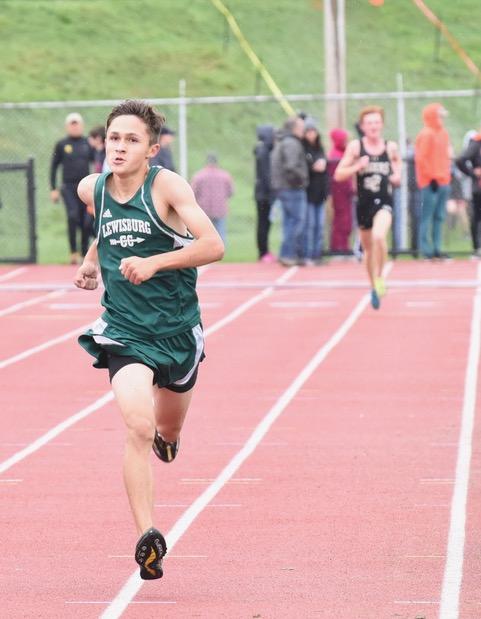 Belying his first-year status, Lewisburg's Hess planned his assault on the Shikellamy's wet course and defending District 4 Class A champion Ethan Knoebel with the precision only possessed by a coach's son. His father, Ron, is the coach of the boys team.

"I have a lot of experience on a wet course," said freshman Hess. "I ran the Junior Olympics in the rain.

"I may not be able to pass (because of the conditions) so I have to take the whole thing faster."

Hess met Knoebel in a regular season dual meet on Hess's home course. There he beat the Southern Columbia senior by about 15 seconds.

"I had heard than Ethan wasn't feeling well that day," said Coach Hess. "I told Jacob that he had a whole lot of experience."

Hess, though, had an exact memory that worked to his advantage.

"I knew from racing him that Ethan likes to go after the first mile and then drop his pace," said Hess. "So I stuck with him till the second mile.

"I knew at the second mile he would hit the pace he would keep."

Hess said he had lagged 10 meters behind after the first mile and as they hit the two-mile mark, "I started to go faster."

"When he started breathing heavy I went as fast as I could. I started my sprint when I hit the track."

Knoebel who finished 10 seconds behind (16:42) shrugged off the loss.

"I started the race with the mindset that I wanted to win," said the senior. "For being a freshman and running the time he did - credit to him.

"I feel like I did well. Unlike years past I felt very strong.  I was able to maintain (my speed) on the last quarter mile.

"I'm please but not satisfied. "

Knoebel will race in Class A at the District 4 championships on October 25. Hess is the favorite in the Class AA race. 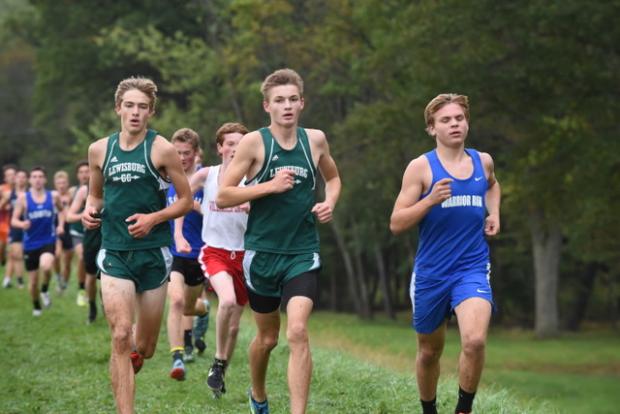 Hess was backed up by his teammates Peter Lantz, Calvin Bailey, Evan Hart and Gianluca Perrone - a junior and three sophomores - who finished 4, 6, 16 and 29 respectively with a spread of 1:43.

"The rapport these guys have with each other (is incredible)," said Ron Hess. "They want it and they are very equivalent.

"Even Jacob can be pushed by these guys. Their caliber is just high as a team."

"It felt great even though we were running in the rain," said Lantz. "every day is a good day to go out and run as hard as you can." Lewisburg's usual No. 2 Bailey.

"It's always nice knowing that your team is out there holding you up," said Hart. "It really takes away your stress.

"When you're putting in so many miles (with the team) it's hard not to have that feeling."

Lewisburg was undefeated in the Heartland Athletic Conference regular season and will be the favorite to claim team AA gold at the District 4 championships.