With the state indoor championships only a few days away,
there was no time to waste Saturday during the Tri-State Coaches meet at Edinboro University. 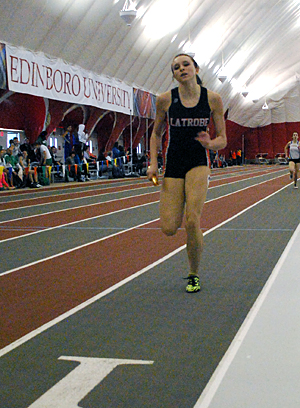 And judging from state- and nationally ranked efforts by Lydia Dennis, Hanna Green, Luke Lewis, Malik Moffett and many others, the top performers figured there was no need to save the best for last, registering some of their best marks in the prelims and taking command of races from the starting gun. 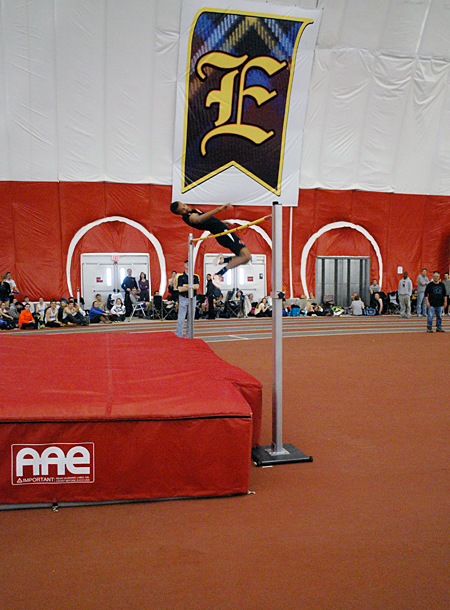 Cathedral Prep’s Moffett PR’ed for the second meet in a row, equaling the best of 2013 in Pennsylvania and second highest in the nation this year with a gold-medal leap of 6 feet, 9 inches.

“It felt pretty good,” the senior said of the winning effort in the boys’ high jump. “I laid my head back, and it felt really good.”

Utilizing his new starting height of 6-1, Moffett needed just one attempt at 6-1, 6-3 and 6-5, leading Indiana Area’s Darnae Clemons over as well and to T-PA#5 in a second-place finish. A second-attempt clearance of 6-7 secured the victory, while a first-try over at 6-9 moved Moffett up the rankings again after he cleared 6-8 to win the SPIRE Showcase a week ago.

“It was pretty scary at first,” the winner said of his three attempts at 6-10. “It was my first time ever doing it, but I plan on getting it next time.”

Another winner who improved on her performance in Ohio last week was Green of Greater Latrobe.

On the 300-meter oval at SPIRE, the senior ran a then indoor best of 56.32 seconds to finish second in the 400 dash and move atop the state rankings. The winner from Michigan ran 56.17.

On the tighter, 236.621-meter track at Edinboro, Green was fast again Saturday, reaching the break line first and powering to the finish unchallenged. The end result for Green was her own 56.17 to widen the cushion at the top of the state list and move to US#9.

“It’s definitely a good run,” Green said of her new indoor PR. “I think I finished better, and that’s what made the difference.”

Although she did not double in the 800 run, Green closed out the meet in impressive fashion, moving the Wildcats from third to first in less than 200 meters of her anchor in the 4x400 relay. Green stopped the clock at 4:08.84.

“I think it’s going to be a tough race,” Green said of the state 400 final. “There’s a lot of competition and a lot of girls are just as good as me. It’s going to be very close I think. I definitely am going to go out to win. Hopefully that’s what I’ll do.”

Another who didn’t wait long to take control of an event, or in this case events, was Mars Area’s Dennis.

In the triple jump, Dennis bounded out to a new PR of 38-5.25 on her first attempt, assuring herself of victory and moving from No. 3 in the state rankings to PA#2 and US#20.

“I’ve been training hard, so I just put all that I’ve learned together and it (paid) off,” the junior said. “I think the long jump warmed me up, and then I just pulled through for the triple.”

Not resting on her opener, Dennis came back with marks of 37-10.25 and 38-2.5 in the prelims to surpass her former best of 37-9.5 on all three attempts. The junior decided to pass her three tries in the finals after anchoring the Planets’ metric mile relay.

Although she needed a third-attempt mark to make the finals after a pair of fouls, Norwin’s Sidney Black jumped well. Her 36-11.5 in the prelims was a new PR and good enough for the silver medal, but the senior improved to 37-4.5 in round 5 to become PA#4 before closing out the competition with another 37-footer.

Bridget Guy of Hempfield Area moved up to PA#4 in the long jump with a runner-up leap of 18-1.5. On the track, she added another PR by winning the 60 hurdles in 9.48 seconds.

The boys’ long jump also was decided in round 1 as Isaiah Brooks of Woodland Hills spanned a new PA#1 and US#13 23-2.25. Only a sophomore, Brooks entered the competition with a best of 22-10.75 that was No. 3 in Pennsylvania.

“My jumping today was excellent,” the Wolverine standout said. “I just had to work on my form.

“My coaches told me to kick my feet out. My first jump, that’s what I did. I got the 23, and that’s what we’ve been working on all week, trying to get past 22.” 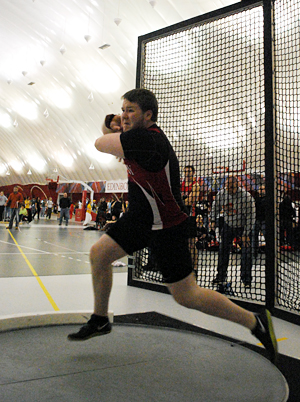 In the throws, the “H” schools continued to dominate as Hickory’s Lewis moved closer to the 60-foot mark in the boys’ shot put and Hempfield Area’s Rachel Fyalkowski raised her PR in topping 40 feet for the second time this season.

A junior, Lewis opened at 56-9.5, a throw that would have been a PR of almost a foot when the indoor season began. His next time in the ring was something special as the 12-pound ball traveled 59-8, which is now good for PA#1, US#7 and a new PR.

Meanwhile, Max Adams of Hempfield Area overcame foul problems in the prelims to unleash a PA#3 heave that’s also a PR. The junior’s effort covered 58-4.5 and is a season best by almost 3 feet.

Fyalkowski kept with the theme of leading early by hitting 39 feet in round 1 and gaining a slim edge of 3 inches over rival Sophia Fustos of Hickory. Fyalkowski added to her advantage in the finals, launching the 8.8-pound ball a PA#3 and PR 40-4.5.

“It’s more of a mental game,” Fyalkowski said of her preparations for the state indoor meet. “I’ve got to prepare to see myself winning.” 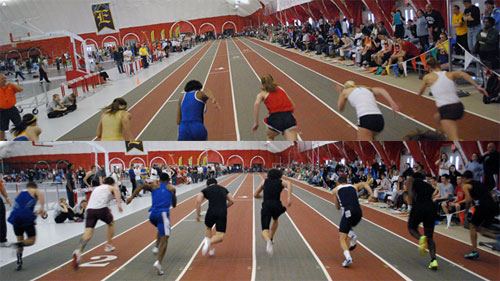 For Seneca Valley’s Jonathan Dorogy, a fast start has been his calling card and a must in his specialty, the 60 dash. The senior won the sprint at Edinboro and moved to PA#2 with a 6.91 clocking (the fastest FAT time in PA this year) as Gateway’s Julius Rivera (PA#9) and Dreux Stamford of Altoona Area got the closest with 7.00s.

“This year I started out a little uncomfortable in the blocks,” Dorogy said. “We fixed that, my foot placement and breathing at the start, and then just staying relaxed at the end of the race has really helped me this year.”
In the 200, Dorogy ran from behind and eked out first over another Gateway sprinter, Jae’Len Means, as the two were credited with T-PA#3 22.28s. The margin of victory was two-thousandths of a second with Dorogy at 22.2733 to 22.2753 for Means.

“We’ve been bench pressing a lot,” the winner joked about why his torso might have been in front at the finish line. “I don’t know if that helped a little bit, but just staying relaxed really helped me.”

Although the start isn’t as critical in her multi-lap events, Brianna Schwartz of Shaler Area took away most of the suspense in the girls’ mile by taking the lead and turning the race into a single-file run. The sophomore was never headed en route to cracking the 5-minute barrier with a PA#4 4:57.08 and nearly six-second PR.

“I was really excited to break 5 (minutes),” Schwartz said. “That was my goal today going into the race. I wanted to do my best and see how fast I could run.” 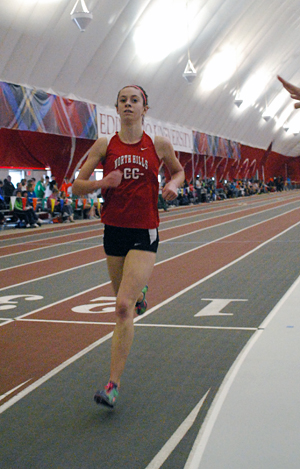 Next week, Schwartz is moving up to the 3,000 meters, a distance that Shaler Area distance coach and former sub-4 miler Sam Bair believes fits the sophomore very well.


“We all feel that strengthwise, that’s her best event,” Bair said of 15 laps of the banked oval at Penn State. “Her finish is still a little bit questionable at the end of a big-time mile. I don’t know if she’s got enough leg speed over the last 200 to run against some of the top girls in Pennsylvania. But certainly having finished third in the AAA cross country meet, we think she can handle a 3K pretty well.” 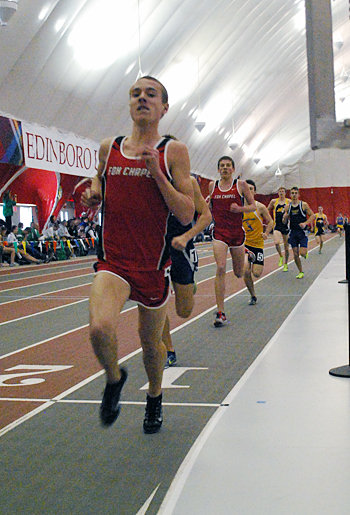