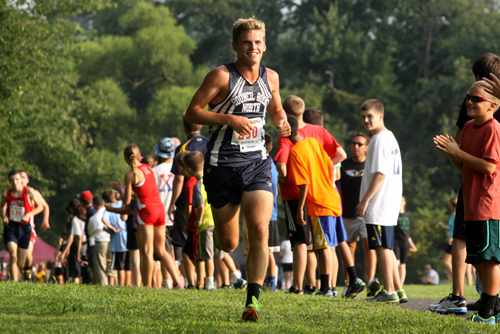 For 2013, the Viking Invitational was run at new venue, the Northampton Civic and Recreation Center. The brand new layout was very kind to Council Rock North's Ross Wilson. The senior, and one of the favorites in the AAA division, earned a five second victory over Chris Kazanjian of Penncrest with a winning time of 15:40. Jake Brophy of Central Bucks East was the 3rd man in that lead pack, running 15:49. The trio distanced themselves from the rest of the field by 40 seconds. In that pack, William Tennent put on a good opening day performance, having their top four place 9-10-12-13 led by Zack Halisky. Despite having their fifth runner finish 29, their front four did enough to take home the team title over Central Bucks East 73-108. Penncrest was a close 3rd with 112 points. 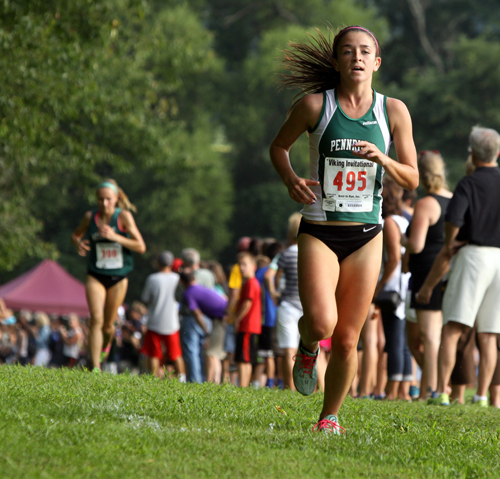 In the girls race, junior Marissa Sheva of Pennridge got the best of Kara Steinke of Methacton for the 2nd year in a row at the opening day invitational. Sheva won it more comfortably, running 18:02 to win by 16 seconds over the senior. 3rd place went to Jessica Bauer of the George School in 18:45. The team standings had Central Bucks East get an early win over rivals Central Bucks West 40-58. East were boosted by four finishers in the top ten led by Elizabeth Hukki (5th in 19:07) and Meaghan Willcoxen (7th in 19:30). West were led by a 4th place finish from Maddie Villalba (18:53) and an 8th place finish from Lindsey Gerlach.