Photo coverage of the meet 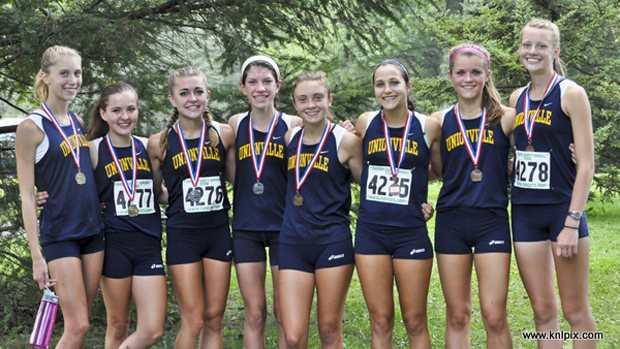 In this relay meet, each school has four two person relay teams. One member of that teams runs a one mile loop, then exchanges with his/her partner, who runs the same loop. When they return, they tag the first runner and he/she runs the same loop again and then tags the 2nd runner to run one final mile loop. The team with the best combined time wins the meet. 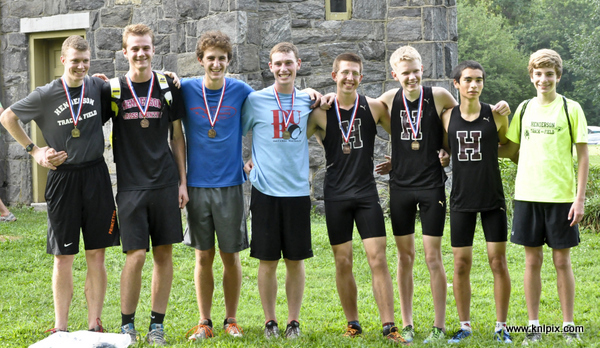 The AAA champions West Chester Henderson boys and AAA runners up Unionville girls made their debut at the annual Oakbourne Relays and got off to flying starts. For the boys, the team of Seamus Collins and Kevin Moy had the fastest overall time, running 21:28, 17 seconds clear of the Downingtown East duo of Billy Caldwell and Tommy Fitzgerald. The Henderson team had a combined time of 1:30:09 seconds, which was over a minute better than Downingtown West in the ten team field. In the girls competition, Unionville started their quest for a state championship with a 1-2-3 sweep! The team of Olivia Young and Elizabeth Edwards ran 24:41 to win by 8 seconds over teammates Kacie Breeding and Emily Fisher. The team of AAA state champion Courtney Smith and Camryn Rickenbash finished 3rd. Their combined time of 1:40:13 was over nine minutes better than the runners up in an eleven team field.